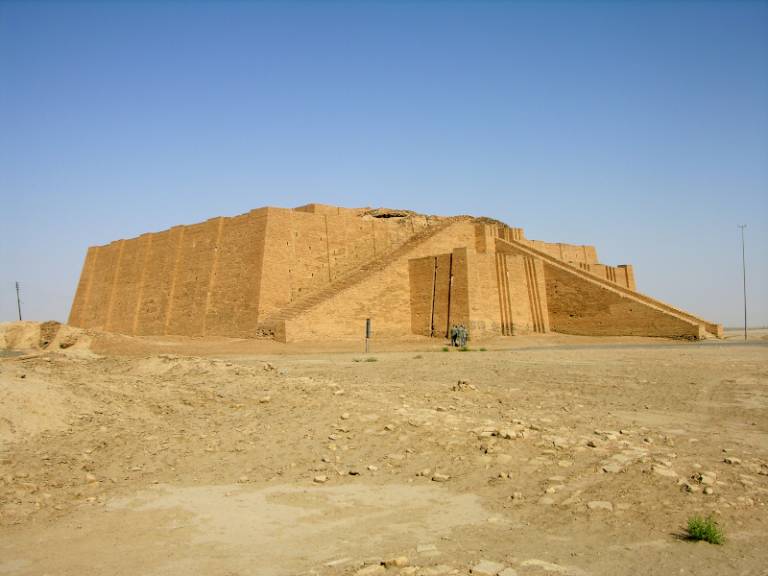 The Sumerians can seem very familiar. They have been understood as a distinct people, speaking a common language, who occupied the alluvial plains of southern Mesopotamia (modern Iraq) between approximately 3500 and 2000 BCE. Credited with the invention of nothing less than cities, writing and the wheel, they hold an ancient mirror to our own urban, literate world. But is this picture correct? Assembled from archaeological and written evidence over the past 150 years, the idea of a Sumerian people has been shaped by the shifting social, political and intellectual contexts of scholarship and popular reception. By unpacking this more recent history, it is possible to consider what we think we know about the Sumerians and how we know it.

At a basic level, the Sumerians can be defined by their language, which is recognisable in cuneiform texts dating from around 2800 BCE to the early centuries CE. The decipherment of cuneiform in the mid nineteenth century revealed that a majority of the known inscriptions recorded a Semitic language that would come to be termed Akkadian. The credit for this must go to the Reverend Edward Hincks (1792-1866). As early as 1849 Hincks had also concluded that the language of the inventors of cuneiform was not in fact Akkadian and that the system of writing derived from a people who spoke a non-Semitic language. The ancient name of this language was controversial until 1889 when a bilingual cuneiform text noted that the term emegi was equivalent to Akkadian lišan šumeri “the Sumerian language”.

By the late nineteenth century, culture and civilization were being thought of as biologically determined by race. Although completely discredited today, such racial science grouped people (both in the past as well as the contemporary world) into ‘types’ based on their language, religion, technological abilities and physical appearance, so as to situate them on a sliding scale from primitive to civilized. Although the idea of the Sumerians as a distinct people was initially challenged (in a very acrimonious scholarly debate informed by anti-Semitic prejudice), a historical framework was established in which they were thought to have arrived from outside Mesopotamia, introducing civilization to the region.

A problem was therefore created around determining the supposed original homeland of the Sumerians and the exact point in time at which they had arrived in Mesopotamia. Ancient sculpture was used to distinguish Sumerian men (identified as clean shaven with round heads) from their Semitic counterparts (with beards and long heads). That these two racial groups were opponents appeared to be suggested by cuneiform inscriptions: the Semitic dynasty of King Sargon defeated the Sumerians and, despite a brief ‘renaissance’, they ultimately succumbed to the more aggressive population.

The reconstruction of the Sumerian world as a story of racial conflict remained in place throughout much of the first half of the twentieth century. This period saw the occupation of Mesopotamia by the British Empire during and after the First World War, leading to the establishment of the Kingdom of Iraq in 1921.  Large-scale excavations led by British and American archaeologists were made possible by the colonial administration and discoveries at sites like Ur and in the region of the Diyala River were fundamental in shaping how the Sumerians were imagined.

The rich finds from the Royal Graves of Ur as well as the discovery of sculptures of men and women dedicated in temples at sites such as Tell Asmar helped to transform the Sumerians from a subject of ethnographic study to one in which they were understood as the makers of art. In this way the Sumerians were appreciated and valued in new ways, especially through museum displays in London, Philadelphia and Chicago where a substantial number of the excavated objects had been sent as a result of the division of finds.

Different approaches to understanding the Sumerians have, however, emerged in the last forty years. Evidence from sites like Tell Brak in Syria suggest that cities may have developed in northern Mesopotamia in parallel or even before those in the south. Explanations based on hypothetical migrations have fallen out of favour as evidence for significant cultural continuity in prehistory has been identified, including the development of recording technologies that led to practices of book-keeping and the origins of writing.

Crucially, a better understanding of the languages of Mesopotamia has revealed a much more complex and nuanced picture. From the mid-third millennium BCE, Sumerian royal inscriptions refer to a ‘homeland’ (kalam), sometimes in parallel with ki-en-gi (Akkadian “Sumer”), which seems to refer in a general sense to southern Mesopotamia. It is possible that the majority of people living here had spoken Sumerian but it may have become an increasingly bi-lingual world in which people moved between Sumerian and Akkadian according to social and religious demands and expectations.

By around 2100 BCE Sumerian was dying as a spoken language but because it was associated with ancient royal and religious authority and learning, it was adopted by the Third Dynasty of Ur for the administration of their extensive Mesopotamian kingdom. The inscriptions of King Shulgi, who likely spoke Akkadian, describe him as being of “Sumerian seed”, but perhaps only in the sense that he originated from southern Mesopotamia and had mastered the dead language. Sumerian was afterwards preserved in scribal schools as a prestigious written language, thereby creating a Sumero-Akkadian culture mastered by a small royal and scribal elite who were sufficiently privileged to receive a formal education. It was their literary compositions that were used by twentieth century scholars to maintain a compelling picture of the Sumerians as a distinct people. Yet these texts had been written at a time when mothers were no longer talking to their children in Sumerian.

We can now understand the complex urban, literate world of Sumer as much more than simply the product of a single, definable population group. Indeed, could it be that the Sumerians are in some sense an invention of modern scholarship, a homogenizing concept rooted in attempts to essentialize and classify population groups based on language? Perhaps it is time to abandon them as a coherent ethnic and linguistic entity – a people we would like to believe existed, but possibly never did.