On 5 May 1989, the Space Shuttle Atlantis released the Magellan probe into low Earth orbit.

A short while later, Magellan’s rockets fired, sending it towards the sun. 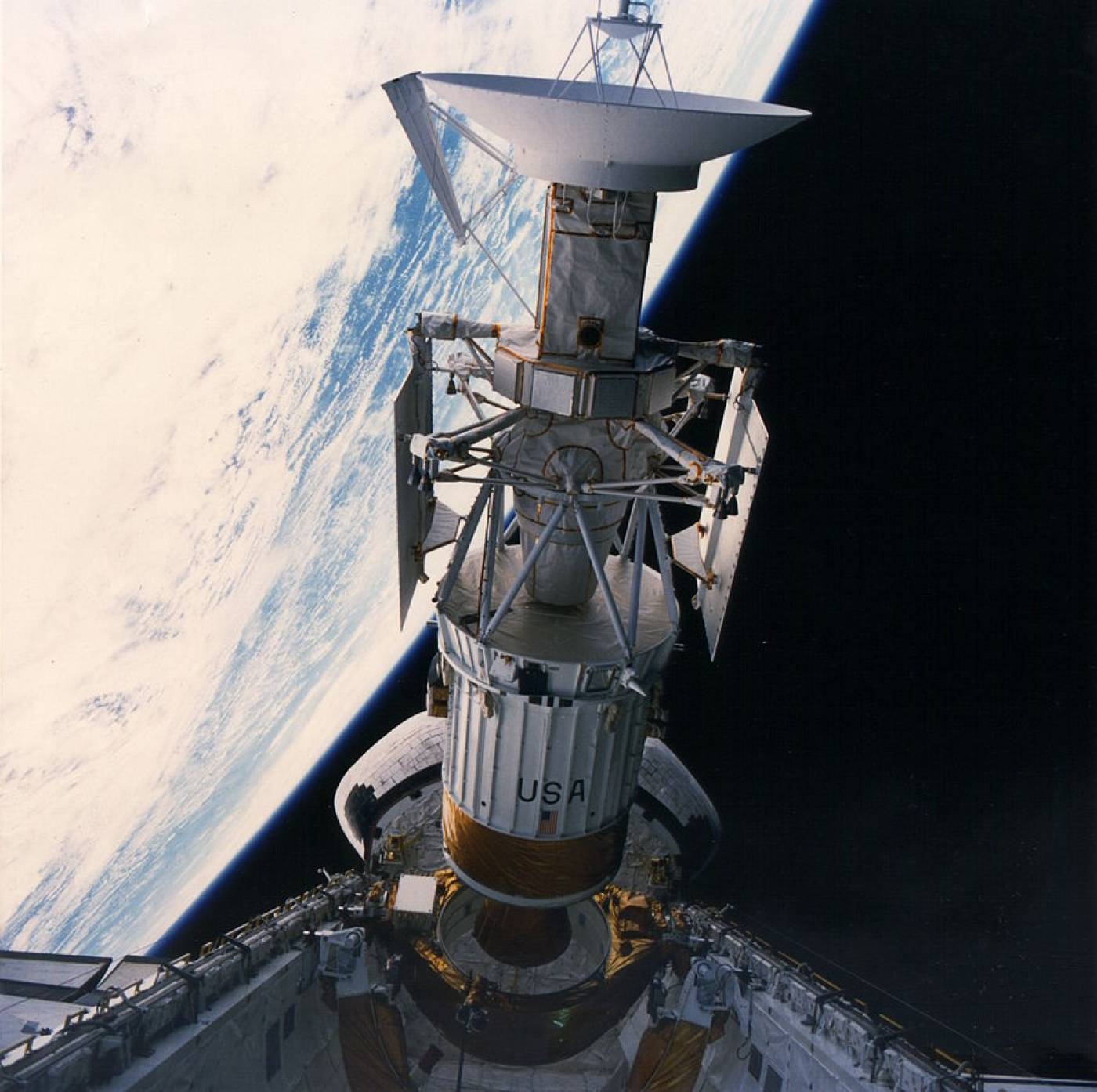 Swinging around our star, it arrived at its destination 15 months later: the planet Venus. 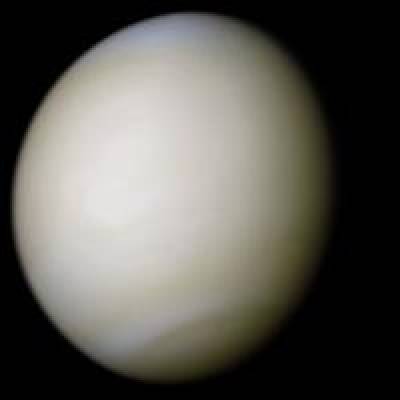 Venus is in some respects the most Earth-like planet in the Solar System. It is a similar size to our planet, has a rocky surface and a thick cloudy atmosphere. However, it is much closer to the sun, and thanks to its atmosphere, experiences a powerful greenhouse effect.

Surface temperatures there are well over 400 degrees Celsius, atmospheric pressure is similar to what submersibles experience a kilometre down into Earth’s oceans, and the ‘air’ of Venus’ atmosphere is full of sulphuric acid.

Exploration of Venus’ surface has been in the form of brief snapshots, taken in the few tens of minutes that landers survive the harsh conditions there. All the landers so far have been Soviet; UCL has a number of their photos in its collections.

Observing Venus from space is less challenging – and less rushed.

Between 1990 and 1994, Magellan was able to study the planet’s surface at leisure from its position high above the atmosphere. Because of the thick clouds, its images had to be produced by radar rather than optical photography, so they are not in colour. But they are extremely sharp.

Here is one of these images, held in UCL’s archives:

Most of the highly processed images from Magellan are produced by multiple passes of the spacecraft over the planet’s surface, building up a complete image of the surface. This particular picture, however, is incomplete, revealing how Magellan’s images are put together. The black stripes show the gaps between the strips observed during different orbits of the planet.

Also in UCL’s archives are some of the planning documents NASA produced as part of the mission, including this full map of the planet’s surface: 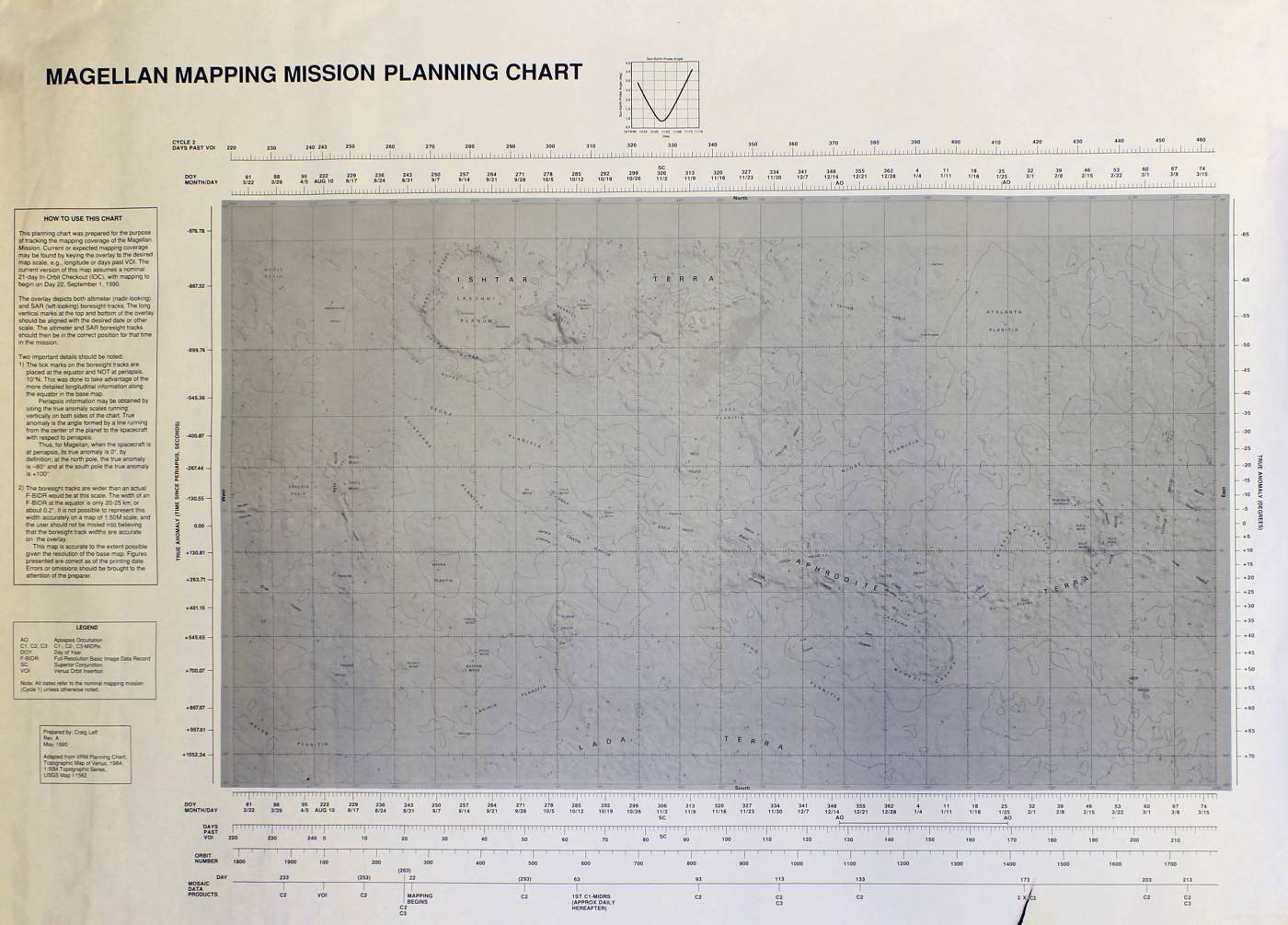 An labelled version showing the location of the radar image is available here.