NASA never landed a probe on Venus, so the only pictures we have of its surface, and many of the measurements taken from orbit, come from Soviet missions.

Throughout the Cold War, the planetary science communities on both sides of the iron curtain maintained surprisingly close links with each other. One result of this is a range of images from the Soviet Venera programme in among the NASA images in UCL’s Regional Planetary Image Facility.

The Venera programme landed a series of probes on Venus during the 1970s and 1980s, including the identical probes Venera 13 and Venera 14 in 1982, whose pictures of the surface are presented here. The pictures were taken with very wide-angle lenses, hence the curved horizon, distorted rocks, and the base of the probe being visible. 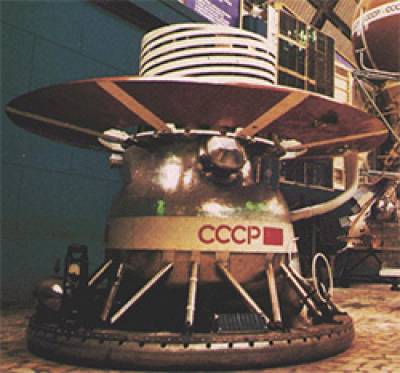 Due to the extreme conditions of high pressure, high temperatures and corrosive gases in the atmosphere, these probes were only able to transmit data from the surface for a short time, and their scientific payloads were limited. One of these payloads on both the probes featured here, and which can be seen in both pictures, was a penetrator on the end of a metal arm, which dropped down, hit the ground and measured the hardness of the soil.

In the Venera 14 image here, this experiment has failed, as the penetrator has hit the discarded lens cap of the probe’s main camera instead of the soil. Despite this setback, the data from the Venera landers is the only data we have from the surface of the Solar System's hottest planet.

The Venera project was highly ambitious, and included landers, orbiters and balloon probes that sailed through the planet's atmosphere.

Venera probes also carried out radar mapping of the surface as seen below, though this has since been surpassed in quality by the radar maps from NASA’s Magellan probes. 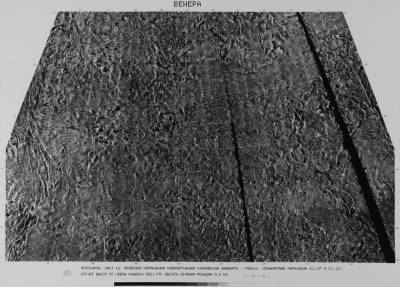 The surface of Venus cannot be photographed from space because of the planet's thick atmosphere and opaque clouds, leaving radar as the only way of imaging the surface without landing.

Many thanks to Brendan McGeever for providing Russian translations.