Dr William Dunn (UCL Physics and Astronomy) has been honoured by the Institute of Physics for his “paradigm-shifting” research on outer planets of the solar system, and for his leadership of a national school science programme. 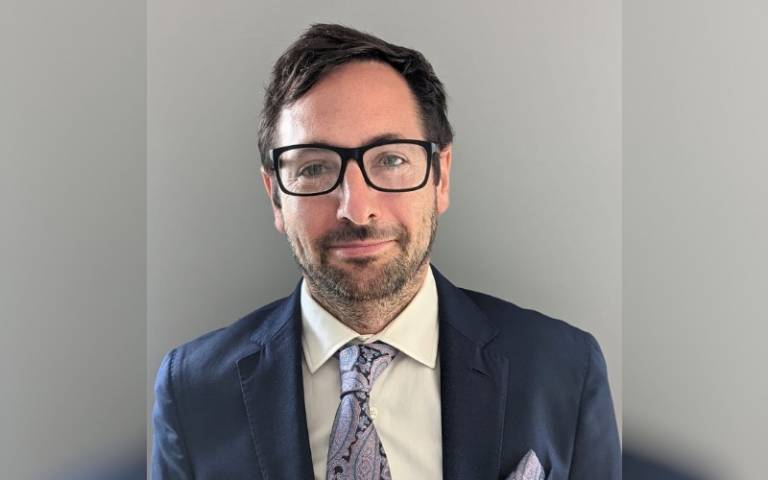 The award citation noted his discovery of X-rays coming from Uranus – the first time such an emission has been detected – as well as his work identifying the fundamental processes that cause Jupiter to produce X-ray aurorae (aurorae are emissions of light from a planet’s polar regions and on Earth they are known as the northern lights).

The citation said the findings were “extremely novel and provide a paradigm-shifting body of work, exceptional for [Dr Dunn’s] early career stage”.

It also noted Dr Dunn’s management of the ORBYTS programme, which creates long-term partnerships between scientists and schools, providing school students with relatable science role models and empowering them to conduct their own original space research projects.

During his time leading the programme, it has grown from two to 35 scientist-school partnerships across multiple universities and regions, and has had a dramatic impact in increasing uptake of physics by students from historically excluded groups. (For instance, at one school it helped to double the number of girls studying physics A- and AS-levels.) It has also enabled more than 200 school students, from more than 50 ethnic backgrounds, to author published scientific papers.

In a paper published in Science Advances last year, Dr Dunn and colleagues solved a 40-year-old mystery over how Jupiter produced its spectacular bursts of X-rays.

They found that the X-ray flares are triggered by periodic vibrations of Jupiter’s magnetic field lines. These vibrations create waves of plasma (ionised gas) that send heavy ion particles “surfing” along magnetic field lines until they smash into the planet’s atmosphere, releasing energy in the form of X-rays.

To facilitate this work, Dr Dunn led successful proposals that won more Jupiter X-ray observing time over five years than had cumulatively been conducted in the preceding 40 years, exceeding 700 hours of observing time on flagship ESA and NASA space telescopes such as the Hubble Space Telescope, XMM-Newton telescope and Chandra X-ray observatory.

Through ORBYTS, Dr Dunn has supported planning and implementation of 100-plus research-with-schools programmes. ORBYTS’ impact is reflected in it winning the 2021 Neon Award for Widening Access Initiative, the 2022 European Research Council “Inspire” award and the Ogden Trust’s first Collaborative Project funding, which will enable these transformational opportunities for many more school students, researchers and universities.

“Each and every one of them has made a significant and positive impact in their profession, whether as a researcher, teacher, industrialist, technician or apprentice.

“Recent events have underlined the absolute necessity to encourage and reward our scientists and those who teach and encourage future generations. We rely on their dedication and innovation to improve many aspects of the lives of individuals and of our wider society."