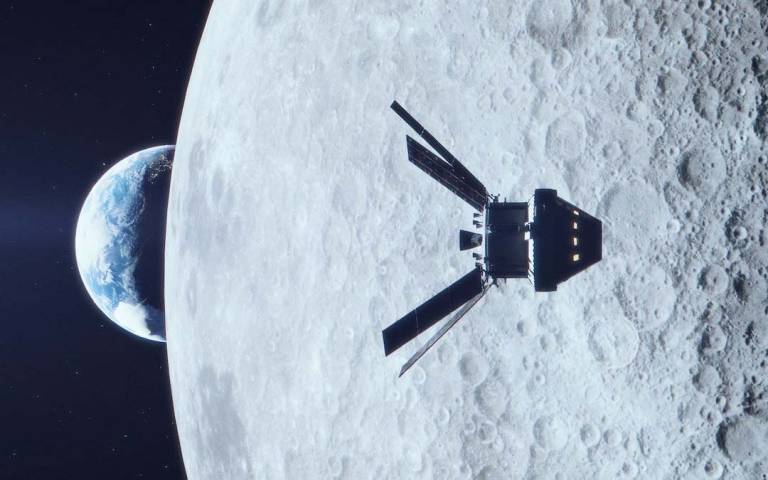 he first phase of NASA’s Artemis mission, an uncrewed test flight around the moon, was scheduled to launch this Monday (29 August 2022). The third phase, scheduled for 2025, will see humans land on the moon for the first time in more than 50 years.

Professor Jan-Peter Muller and PhD student Alfiah Putri (both UCL Mullard Space Science Laboratory) were commissioned by NASA’s Jet Propulsion Laboratory (JPL) to create a 3D model and image of a possible landing site known as Aristarchus – a crater 40km wide and nearly 2.7km deep that was originally selected as the landing site for the cancelled Apollo 18 mission.

The team used a photogrammetry technique they pioneered to derive a detailed 3D model, at a resolution of one metre, from a series of 14 stereo images (where pictures are taken of the same scene at slightly different angles).

Professor Muller said: “Better quality maps and models of the moon’s surface are important to minimise risks and maximise the safety of astronauts. Our techniques, developed over decades, provide the most accurate images and models currently possible. These can help inform decisions about landing sites as well as navigation routes for rovers or manned vehicles.”

Using this new method, the team created a large 3D mosaic covering an area of 260 km x 209 km, processed using machine learning from 370 images of the von Kármán crater on the far side of the Moon (the crater is 180km in diameter and up to 12 km deep). The MSSL team produced a technical report analysing the images and 3D model in detail. 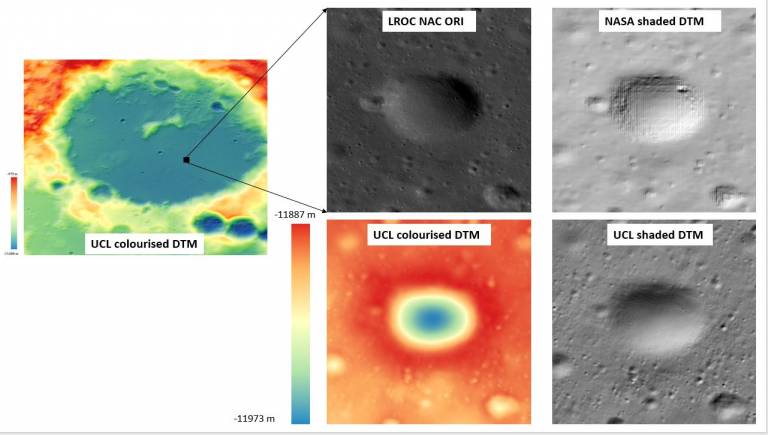 The 3D model and accompanying mosaiced image, which has a resolution of 50cm, are now available to view on NASA’s web-based portal Moon Trek, which offers a suite of interactive tools for exploring the moon, and was developed for mission planners, space scientists, educators and other interested parties.

The techniques of Professor Muller and his team, applied to images of the surface of Mars, previously helped to untangle the mystery surrounding the ill-fated Mars lander Beagle 2. They produced higher-resolution images of the lander on the Martian surface, suggesting that it did touch down successfully.

NASA have announced 13 potential landing sites for their crewed mission to the moon, all close to the lunar south pole, where water-ice is believed to have collected in permanently shadowed areas over billions of years. These sites will now be studied in extensive detail before spacecraft can attempt to land there.

It is anticipated that UCL MSSL will provide further 3D images of the Artemis landing sites in the New Year. All of these 3D data products will be made available through the ESA Planetary Science Archive Guest Storage Facility. The team’s products for Mars and, in future, for the moon can be downloaded here: https://www.cosmos.esa.int/web/psa/ucl-mssl_meta-gsf