Following UCL success in 2018, the 2020 Bright SCIdea Challenge was again awarded to a team from UCL Natural Sciences, this time for their work on extracting heavy metals from polluted soil. 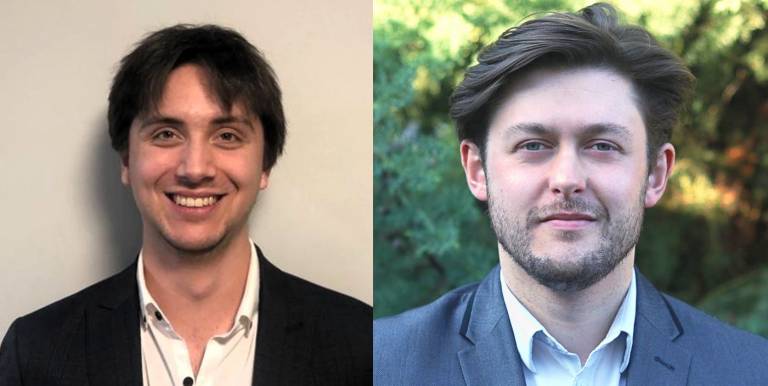 Run by SCI (formerly the Society for Chemical Industry) The Bright SCIdea Challenge offers undergraduate students the opportunity to create a product from core scientific principles and plan its development right through from lab to market. The organisation provides them with free, accredited business planning training, helping them to understand their target market and make a product financially viable. Teams are asked to submit a full business plan, detailing how their idea can be taken to market and shortlisted teams will be invited to pitch their idea to a panel of experts at the final to win a significant cash prize.

Following the success of the UCL Natural Sciences team in 2018, this year the course provided two of the finalists – Team AATBox, and the victorious Team Metallogen, consisting of Rafael Hunt-Stokes (Natural Sciences – Physics/Physical Chemistry) and John O’Sullivan (Natural Sciences – Physics/Molecular Cell Biology). The team were aware of the dual problem of shortages of the heavy metals (such as cobalt and cadmium) used in the electronics sector, and the subsequent contamination of farmland close to those mining sites. John explained further:

“We found studies where, about 30 years ago, a lot of people tried using plants such as the soya bean to extract metals from the ground, and they found that this was effective, but it took an extremely long time - a few decades to actually restore the land, and this wasn't profitable for anyone. We also learned that this process could be accelerated using nanoparticles. With our methods, we think we could get an increase in uptake of 300%, which would rapidly decrease the time it would take, and this technique is also friendly for the environment, really cheap, and it can be integrated into the traditional agricultural tools that are used in these communities already.” 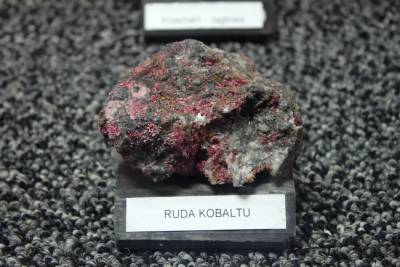 Initially consisting of four Natural Sciences students, this had been whittled down to just John and Rafael by the time of the competition final. When the team initially heard about the competition, they were already aware of the problems, having encountered them during their studies. Rafael explained:

“We saw the competition advertised, and we were already leaning towards the idea that we wanted to get more involved with entrepreneurship, and developing our business skills. The competition was trying to use science to help develop a business idea, but also to help with one of the large challenges that the Science Institute are trying to solve, and one of those areas was agri-tech - food security, pollution, sustainable development, that kind of thing. . We started doing lots of research into methods from the past using plants, and more modern things using nano particles, and we realised we could put these two together.”

While the victory was only recently announced, the competition began several months earlier, and the teams had several hurdles to clear before reaching the final – with assistance from SCI – as Rafael explained:

“We had to submit a preliminary description of our idea in the early stages, and then as we went through, we had to develop a fully fledged business plan with all of the costings etc, followed by a training day about pitching. If you got through the planning stage we got to the final, where we had a ten minute pitch we had to give to the judges.”

The team were both full of praise for the Natural Sciences course and the help it had provided – even though, as John notes, he didn’t initially choose to follow a Chemistry path!”

“I didn't even do the chemistry stream, but I ended up doing a chemistry option in my final year (CHEM0067 - Advanced Topics in Environmental and Energy Materials). I caught the physics bug in my third year and ended up doing a lot of condensed matter stuff in my final year, and chemistry helped support that, and now i'm doing PhD material science! The “interdisciplinary thing” related to natural sciences has been done to death, it’s easy to say “oh, it’s so interdisciplinary”... but it’s also true!”

In fact, both Rafael and John are now studying for their PhDs at Oxford, with John part of a team looking at Silicon solar cells, and Rafael studying for a PhD in Particle Physics as part of the Sno+ group, focusing on neutrino physics. Despite this, both look back fondly on their time in Natural Sciences, and intend to keep their work going. Rafael explains:

“Natural Sciences gave me a big grounding in my first and second year in organic chemistry, plus my minor stream in physical chemistry - the interdisciplinary nature of the streams allowed me to see both theoretical concepts and also the practical applications. Now, we're looking at the incubator programmes at oxford, and contacting people to support the business. We're also having meetings with SCI, and we're applying for more funding competitions. The £5k we won in the BrightSCIdea competition - because our idea is quite cheap to carry out, we could use this money for a small scale trial, like a proof of concept, so we're looking at this as well.”

You can find out more about the work of Team Metallogen, including their pitch for the competition, on the BrightSCIdea page at soci.org - click the links below to read.