It is with great sadness that we report the death on the 19th May of Peter Day, who served as Director of the Royal Institution and of the Davy Faraday Research Laboratory, affiliated to UCL, from 1991 to 1998 and was subsequently an Emeritus Professor of Chemistry at UCL. 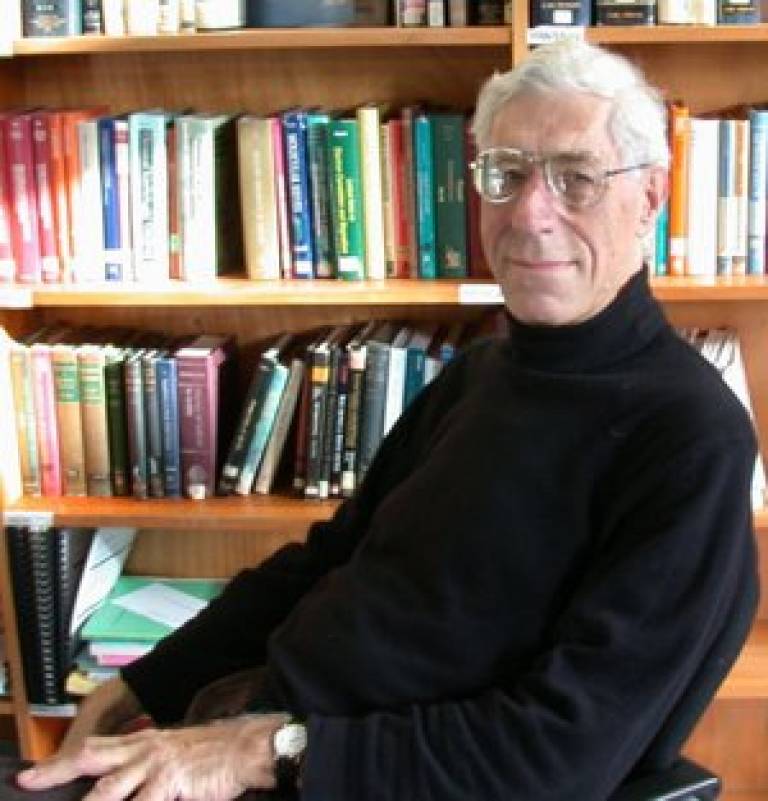 Peter was educated at Maidstone Grammar school and Wadham College Oxford. He continued in Oxford to study for a PhD under the supervision of RJP (Bob) Williams – a leading and influential figure in UK Chemistry; and he subsequently became a fellow and tutor in Chemistry at St John’s College, Oxford. His pioneering work in the field of mixed valence compounds and molecular electronic materials earned him election to the Fellowship of the Royal Society in 1986. In 1988, he moved to become Director of the Institut Laue Langevin in Grenoble - a world leading, international centre for scientific research using neutrons. He followed Sir John Meurig Thomas as Director of the RI and Fullerian Professor in 1991 and served the Institution with distinction for seven years, during which both the research and public programmes enjoyed great success.

The Davy Faraday Research Laboratory (DFRL) was home to an international leading programme in solid state and materials chemistry, which was strengthened by the successful affiliation with UCL chemistry; while the public programmes included several outstanding Christmas lectures. Peter retired from the RI in 1998, although he continued a productive research programme in the DFRL and UCL for several years, before becoming a UCL emeritus professor .

Richard Catlow, who was Wolfson Professor at the RI from 1989 – 2006, Director of the DFRL from 1998 – 2006 and Head of UCL Chemistry, 2002-2007, writes “Peter was a major figure who made lasting contributions to materials chemistry. I had known him since I was an undergraduate in Oxford and worked with him throughout his period as RI Director. It was an exciting time in which the research programme of the DFRL in collaboration with UCL, enjoyed great success and international recognition, while the outstanding lectures programmes including discourses, schools and Christmas lectures maintained the unique RI style and impact. I also remember well his wife Frances who sadly died a few years ago”

Frank James, who was Reader in the History of Science at the RI and currently Professor of the History of Science in the UCL Science and Technology Studies Department writes: “Peter was a cultured man who valued evidence in all areas and was always willing to listen. He was thus very supportive of the history of science activities undertaken at the Royal Institution, indeed the first three volumes of Faraday’s correspondence was published during his time.”

Peter wrote an autobiography entitled “On the Cucumber Tree - Scenes from the Life of an Itinerant Jobbing Scientist” (Grimsay Press) and more details of his life and work can be found in the links below: