The Göran Gustafsson Prize in Physics is awarded to Professor Hiranya Peiris (UCL Physics & Astronomy), "for her innovative research on the dynamics of the early universe, which links cosmological observations to basic physics". 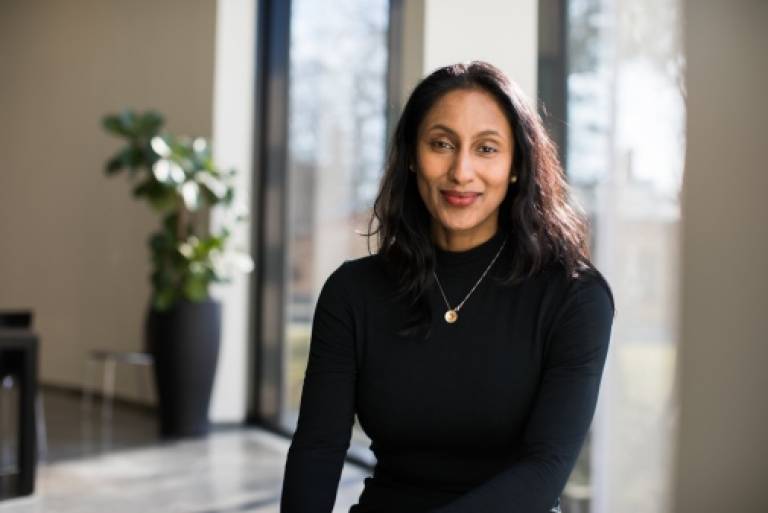 The Göran Gustafsson Prize is awarded annually to researchers who are no more than 45 years old and working in the fields of mathematics, physics, chemistry, molecular biology and medicine. Last year, the prize was increased and now amounts to 5.1 million Swedish Krona (SEK) for each awardee, distributed over three years, and a personal prize of 250,000 SEK.

Swedish universities and colleges nominate candidates, the Royal Swedish Academy of Sciences evaluates the proposals and the award winners are then appointed by the Göran Gustafsson Foundation for Natural Science and Medical Research.

This year's award in physics goes to Hiranya Peiris, Professor of Astrophysics at UCL and Director of the Oskar Klein Centre at Stockholm University, whose research interests include the physics of the very early Universe and its origin. With the help of data from the new Vera Rubin Observatory in Chile, she hopes to gain a greater understanding of the fundamental physics that guide the development of the universe - from the beginning to the present.

Hiranya Peiris said: “This recognition from the Swedish research community is a great honour. The fact there are no restrictions on how the award should be used is particularly exciting, as it gives me the opportunity to dare to invest in high-risk high-reward projects.”