A new All Party Parliamentary Group (APPG) has been established, aiming to influence policy on light pollution in order to improve the quality of our night skies and reduce the negative effect on our communities and wildlife. 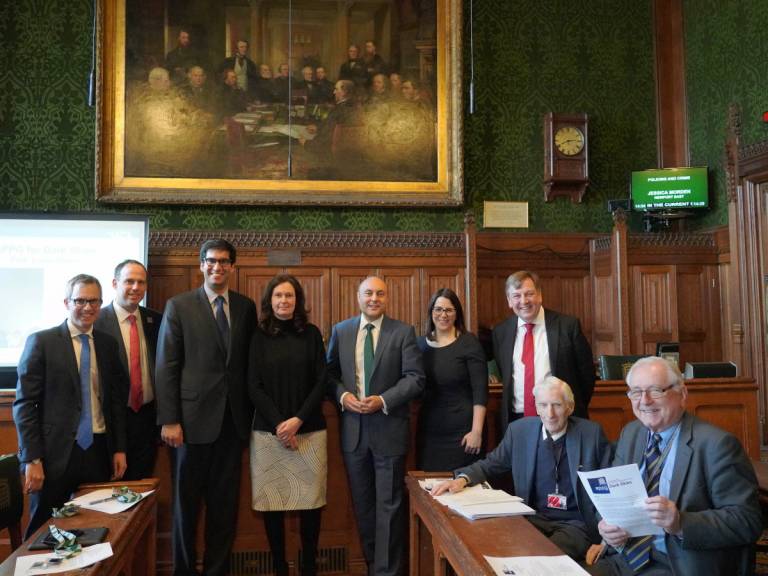 Professor Lucie Green (UCL Space and Climate Physics) addressed the committee at its inaugural meeting to discuss the negative effects of human-made light pollution, as well as the benefits of action that include reduced energy bills & carbon footprint, preserving a site of special scientific interest, inspiration from a connection with the wider Universe, education opportunities (especially in astronomy) and increased tourism in regions that have designated dark sky sites.

Over the years, both the professional and amateur astronomy communities have had lengthy discussions about light pollution and how to work towards an improved situation in which everyone’s best interest is taken into account. Indeed more and more regions in the UK and worldwide are receiving a dark skies designation in recognition of low levels of light pollution and good public access to these sites. However light pollution is still a major issue in the vast majority of urban areas, and an APPG on Dark Skies is key to addressing this.

The APPG was initiated by Andrew Griffith, MP for Arundel and South Downs, who co-chairs the group alongside Lord Martin Rees of Ludlow, Astronomer Royal.

For those who want to follow progress, the APPG on Dark Skies has a Twitter account, linked below. You can also find links to the 'Dark Sky Discovery' website, which helps you find suitable stargazing sites, and the website for the International Dark Sky Week.