UCL’s Women in Physics group have sent a thank you letter to Dame Jocelyn Bell Burnell, on International Womens Day after the donation of her £2.3 million prize to fund scholarships for women and underrepresented groups in physics. 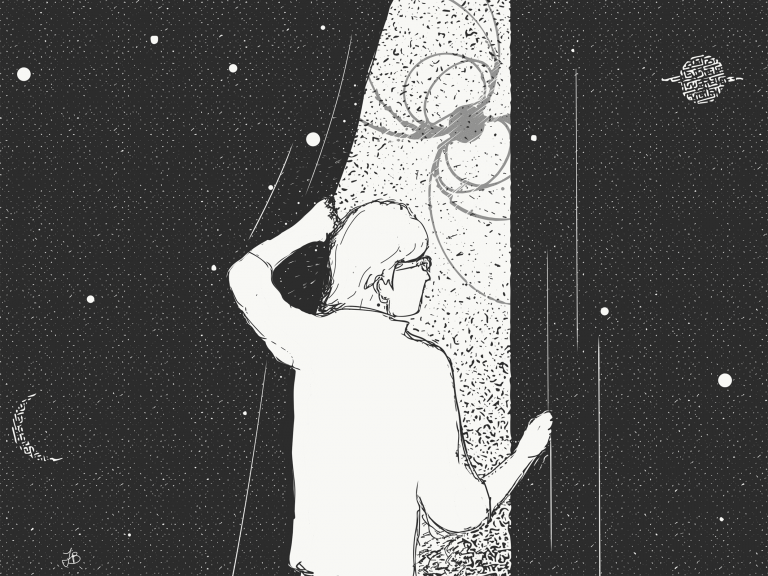 In September, Dame Jocelyn Bell Burnell was awarded a Special Breakthrough Prize in Fundamental Physics for her discovery of pulsars - a detection first announced in February 1968 - and her inspiring scientific leadership over the last five decades.

During 1974-1982, Bell Burnell worked at the UCL Mullard Space Science Laboratory (MSSL) where she studied variable X-ray binary sources and X-ray transients and published several papers on the analysis of the Ariel 5 satellite X-ray data. In September 2013, she was awarded an honorary degree from UCL.

Bell Burnell donated the full £2.3 million in winnings to the Institute of Physics, to fund women, under-represented ethnic minority and refugee students to become physics researchers.

"I don't want or need the money myself and it seemed to me that this was perhaps the best use I could put to it," she told BBC News.

The thank you card, with art donated by London illustrator, TheMiddleOfTheNight, shows the numerous signatories as well as a personal message from President & Provost Michael Arthur, who says, “In true keeping with Professor Burnell’s generous spirit she has chosen to donate the Breakthrough Prize monies to the Institute of Physics to support the careers of women, under represented ethnic minority and refugee students to become physics researchers. This is a truly wonderful philanthropic gift that will touch the lives, and help develop the careers of many women in science.”

Dr Ying Lia Li, from the Women in Physics group said, ““Prof. Bell Burnell is an inspiration to all. The fact that her career has thrived despite being left out of the 1974 Nobel Prize for the discovery of radio pulsars is a testament to resilience. Her sublime efforts to engage, elevate and support underrepresented physicists goes above and beyond. In March 2016 the UCL Women in Physics Group had the pleasure of hosting a talk by Professor Bell Burnell and we continue to follow in her footsteps by being an ally to our LGBTQ+, BAME & disabled communities. We cannot wait to see how her scholarships will change the face of physics and break down stereotypes – saying Thank You is the least we could do!”