Each year the Royal Astronomical Society (RAS) recognises significant achievement in the fields of astronomy and geophysics through their awards. This year, academics from the UCL’s Mullard Space Science Laboratory and UCL Physics & Astronomy have been included. 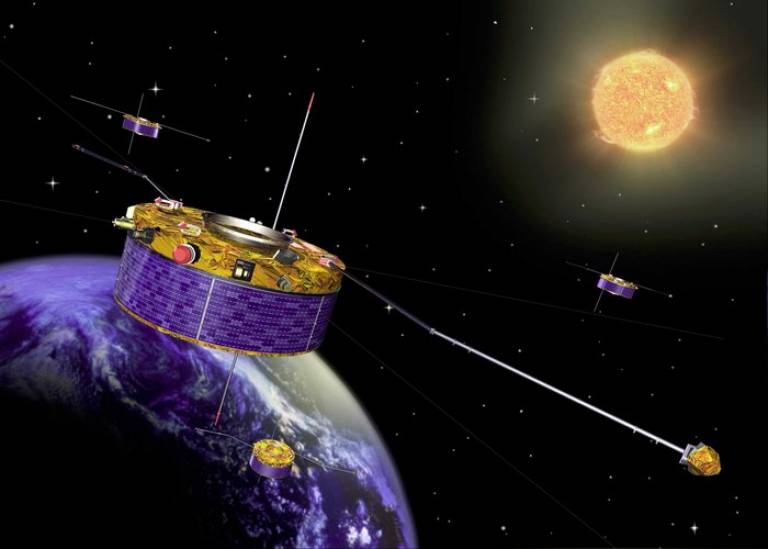 The Cluster Science and Operations team (including groups from UCL’s Mullard Space Science Laboratory) were named as recipients of the 2019 Geophysics Group Award for their continued success ensuring the operations and scientific exploitation of the European Space Agency’s Cluster mission.

The Cluster "Plasma Electron and Current Experiment" (PEACE) instruments were built at MSSL with contributions from the Rutherford Appleton Laboratory and Norwegian Defence Research Establishment. Other UK Universities also provided two other instruments. There is a PEACE instrument (2 sensors and a data processing unit) on each of the 4 Cluster spacecraft. They have been operating reliably and successfully since 2000, with a remarkable combined sensor lifetime of over 140 years. An Operations Team at MSSL commands the PEACE instruments each week and provides a full set of high quality calibrated PEACE data to the Cluster Science Archive.

The UK Cluster Science Teams have pioneered the development of some of the key techniques now being used in multi-spacecraft data analysis. For example, the MSSL team used PEACE data to make the first ever measurement of the divergence of the electron pressure tensor, an important but previously unquantifiable term in the generalised Ohm’s Law – a fundamental law of space plasma physics.

Cluster has produced a very wide range of science highlights, from new insights into the microscale physics of boundary regions, through mesoscale coupling between the magnetosphere and ionosphere, to global-scale studies of the response of the magnetosphere to the solar wind. In all, the combined output from Cluster, and its sister mission Double Star, tops 3175 publications including over 140 PhD theses, and is still growing.

“Cluster is a highly productive mission which has revolutionised space plasma physics and continues to make valuable contributions. It has been central to our space plasma science research at MSSL for nearly 2 decades,” said Cluster PEACE Principal Investigator, Professor Andrew Fazakerley.

“The ability of the international Cluster community to reap rich scientific rewards from the mission is based on the efforts of teams at MSSL and elsewhere, who built the instruments, operate them and ensure that their data continues to be of the highest quality and freely available to the whole space plasma community through the Cluster Science Archive. They fully deserve to be recognised for the hard work that they have put in over many years, alongside the scientists who made many significant discoveries with the Cluster data.”

Dr Ingo Waldmann (UCL Physics & Astronomy) received the 2019 Fowler Award from the RAS for his role in developing the statistical theory of exoplanet observations and their interpretation. 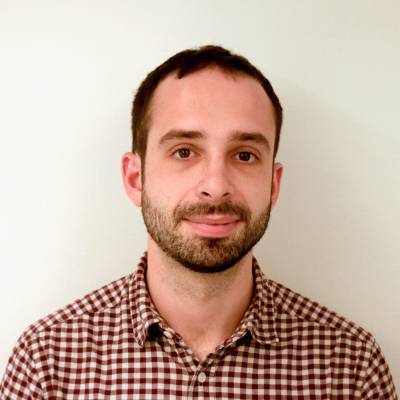 Exoplanet science is one of the most exciting and competitive fields in modern astro/geophysics. Dr Waldmann is an exemplary young scientist, whose worth to the community has already been recognised by the award of a European Research Council Starter Grant, against enormous competition, just four years after receiving his PhD.

More recently, Dr Waldmann has taken exoplanet analysis to a new level with the production of the RobERt (Robotic Exoplanet Recognition) artificial intelligence system that replicates the experience of human spectroscopists in intuitively recognising molecular features. His work has answered many debates on how to parameterise both spacecraft and ground-­based instruments. As a result, planning the development of new exoplanet instrumentation will be dramatically simplified. As well as exoplanets, our own Solar System has been shown to be amenable to the techniques Dr Waldmann has created.

“The fields of exoplanets and solar system sciences are really entering the era of big data. With a wealth of exciting new missions, we must come up with intelligent, self-learning algorithms to make sense of the flood of high quality data. I am convinced that Artificial Intelligence will be a key part in 21st century astronomy, like it is in so many other fields in science and industry,” said Dr Waldmannn.

The announcements were made at the Ordinary Meeting of the society held on Friday 11 January 2019. The winners will be invited to collect their awards at the National Astronomy Meeting at the University of Lancaster in July.