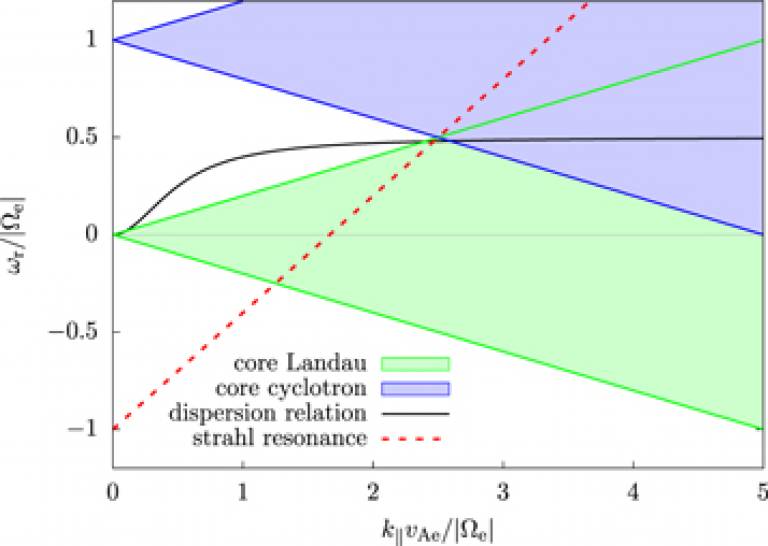 Spacecraft have previously measured a “beam” of fast moving electrons streaming away from the Sun, through the sea of other electrons in the solar wind, but we don’t understand where or how this beam forms and how it evolves. Its impact on the evolution of the solar wind can have important implications for space weather.

An international team of experts on solar-wind physics from UCL, the University of New Hampshire, and the University of California at Berkeley have successfully studied the beam using plasma theory and real satellite data to see how the beam electrons change direction as they move through space.

This theory can then be tested by data collected by NASA’s current flagship mission Parker Solar Probe and from ESA’s upcoming Solar Orbiter mission, which are studying the particles being emitted by the Sun, over different distances, to better understand the solar wind and mitigate the effects of space weather. The instrument onboard Solar Orbiter that will measure the solar wind electrons has been built by UCL engineers and scientists.

More broadly, this work is very important for astrophysics in general. Not just the solar wind, but almost all of the visible matter in the universe is in the plasma state. With the help of Solar Orbiter, the team wants to use the solar wind as a natural laboratory to study fundamental plasma processes (like their beam processes) that happen everywhere in the universe. Since electrons are such an efficient heat conductor, understanding the behaviour of plasma electrons is crucial to understand the behaviour of energy in these systems.