Secondary school students participating in an innovative project led by UCL have discovered that coffee and gas emitted from newly formed stars share the same molecules. 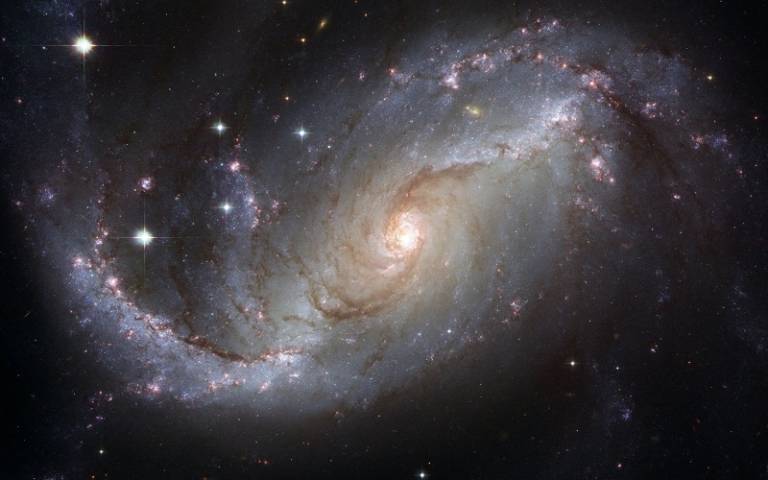 The discovery presents scientists with more clues about the complexities of Earth and its relationship to the cosmos.

Light from these molecules was detected in seven of the eight regions of space observed using a ground-based telescope in 2016.

Scientists who are working to understand the complexity of the Universe analyse molecules found in sources such as forming stars to understand whether chemistry vital to life is possible in space.

The students were initially looking for evidence of sulphur, which is one of the most common elements in the universe and yet appears to be missing in most observations of cold gas. We know how sulphur is created and that it ends up in every star, but we don’t know what happens to it in between.

However they instead discovered acetaldehyde, a highly reactive compound commonly found in coffee beans, cheese and bread; and methanol, a simple alcohol. The findings underline hypotheses that complex molecules can form in space, opening up the possibility that proteins and DNA – the building blocks of life – are abundant throughout the universe.

The students who discovered the molecules were mostly studying A.S. Level physics, with one GCSE student. They worked on the advanced extra-curricular project for two hours a week after school for 14 weeks, analysing data under supervision by Dr Holdship and his team. Students also had the opportunity to visit the UCL physics department and attend conferences relating to the work.

Hammersmith Academy Science Teacher Sarah Horn said: “The students found the project fascinating and they were very excited to be involved in current research. In learning the new concepts and skills they were challenged beyond A Level physics and the unique opportunity to work with an academic researcher was incredible.”

The research stems from Original Research By Young Twinkle Students (ORBYTS), an educational programme in which secondary school pupils work on original research linked to the Twinkle space mission under the tuition of PhD students and other young scientists.

Twinkle is a satellite space mission, led by UCL, which will study the light from hundreds of exoplanets using spectroscopy to improve our understanding of their chemical composition, weather and history. It is a low cost mission which will be launched into a low-Earth orbit in 2022.

“ORBYTS has given them an insight into the world of physics research with first-hand experience of using raw data, which has pushed them to pursue physics or similar subjects at university. Dr Holdship was an inspiring mentor and project leader, and students at our school would not have had an opportunity like this without UCL’s ORBYTS project in place,” added Ms Horn.

Mission lead, Professor Giovanna Tinetti (UCL Physics & Astronomy), said: “ORBYTS offers school pupils the chance to enrich our understanding of new worlds outside of our own solar system by improving our knowledge of the molecules they’re made of, their orbit and physical properties. The students from Hammersmith Academy have undertaken cutting-edge science which has a meaningful impact on our future space mission – it’s a fantastic achievement and I hope some of them will consider a career working in space in the future.”