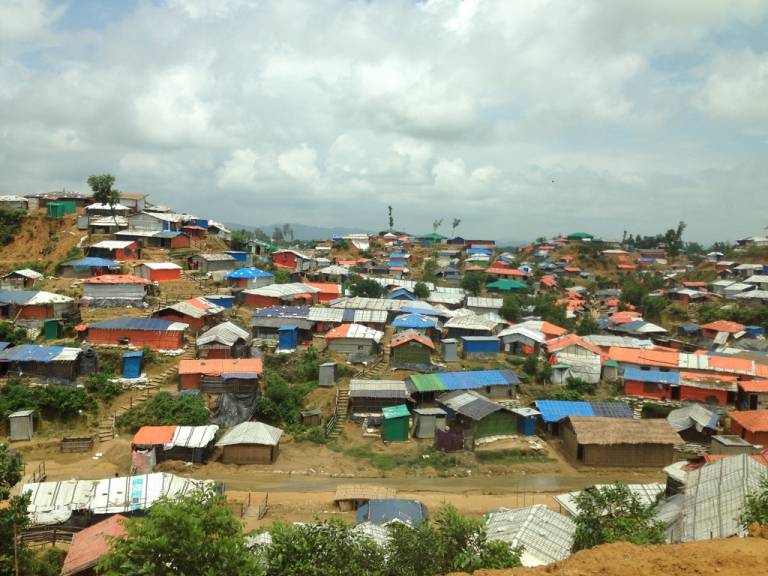 Launched as a cross-academy initiative by the UK National Academies—The British Academy, the Royal Academy of Engineering, the Academy of Medical Sciences, and the Royal Society—the grants aim to foster collaboration not just between disciplines but countries, too, with each consortium being composed of one research group from the UK and two from developing countries.

The grants are part of the Global Challenges Research Fund (GCRF), a £1.5 billion fund announced by the UK Government to support cutting-edge research and innovation that addresses the global issues faced by developing countries.

Professor Peter Sammonds and Dr Bayes Ahmed were nominated for their research on “Resilient futures for Rohingya refugees.”, which builds resilient futures for both the Rohingya refugee and local host populations in Cox’s Bazar district through research and practical solutions, [reducing] hydro-meteorological disasters, particularly landslide risks.

The Institute for Risk & Disaster Reduction (IRDR) is currently working on a project "Rohingya Journeys of Violence and Resilience in Bangladesh and its Neighbours: Historical and Contemporary Perspectives”, funded by the British Academy (£300,000) under its ‘Sustainable Development Programme 2018’ grant scheme which is supported by the UK Government’s £1.5billion Global Challenges Research Fund (GCRF).
This project examines the political economy of violence that has resulted in the forced displacement of over two million Rohingya from Myanmar in recent decades. Taking the August 2017 mass-scale exodus from Myanmar following ethnic cleansing as a starting point, they are examining the impact of the violence on this vulnerable refugee community in Bangladesh.

These impacts will be contextualised historically and in terms of gender and faith, as they explore how the nationalist ideology and politics behind identity characteristics in Bangladesh, India and Malaysia over the last seven decades have affected Rohingya experiences of welcome and violence in the region today. Importantly, they are examining how the Rohingya refugees’ own understandings of violence and risk have shifted as their locations have changed, and what coping mechanisms and aspirations are emerging from within the community as they look towards the future.

Professor Peter Sammonds said of the research, “The landslide early warning system should benefit both the Rohingya and the local host population”.