Ground-breaking experiment will test the limits of quantum theory

Scientists from three UK universities are to test one of the fundamental laws of physics as part of a major Europe-wide project awarded more than £3m in funding. 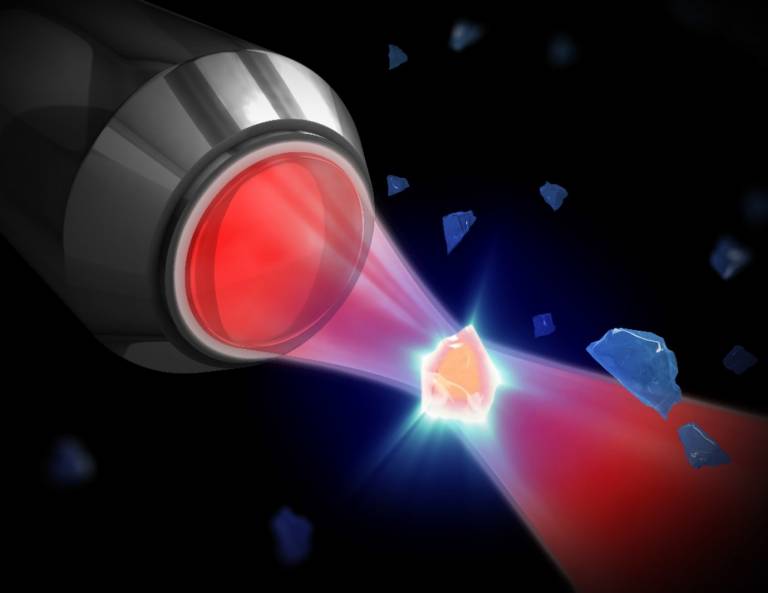 Experts from UCL, the University of Southampton and Queen's University Belfast have formed a consortium with European universities and British photonics technology company M Squared to test the limits of one of the core principles of quantum mechanics - the mind-boggling physical laws that allow microscopic particles such as atoms and electrons to be in two places at once.

Established at the beginning of the 20th century, quantum theory is a mathematical framework that provides, to date, the most accurate understanding of the results of experiments conducted on physical systems as small as single atoms, very small molecules and very faint light.

The consortium has devised an ambitious experiment to test the so-called quantum superposition principle (QSP) - the law that allows microscopic systems to appear in two different, perfectly distinguishable, configurations at the same time.

The validity of QSP at the microscopic level is accepted by scientists, and confirmed by an enormous amount of data. But what prevents it from applying to the 'large-scale' world around us? In other words, why do everyday objects such as cars, trees and people not behave in a quantum mechanical manner and exist in two places at once?

Unproven theories advanced since the 1980s suggest the existence of a universal background 'noise' that destroys QSP of larger objects, such as particles that can be seen using an optical microscope.

The 'Project TEQ' consortium, led by the University of Trieste, in Italy, will test the existence of this noise thanks to a €4.4m (£3.9m) award from the European Commission.

Its experiment will involve a tiny particle of glass, one-thousandth of the width of a human hair, being levitated by an electric field in a vacuum at a temperature close to absolute zero (-273C). A laser will be shot at the particle, and the scattering of the laser's light measured for signs of movement of the particle.

If there is no movement, it means that quantum mechanics still apply at this scale and there is no universal background noise.

However, if movement is detected, it indicates the existence of a noise that prevents QSP applying at this scale. This would represent the first observed failure of quantum theory, setting a limit on the scale at which quantum mechanics apply and having implications for large-scale applications of any physical system based on quantum principles.

The UCL team, led by Professor Peter Barker, will direct the work to develop low noise methods for the levitation of nanoparticles that will be used to test quantum mechanics in this new regime. The team will also establish optimal methods for detection of the tiny oscillations of the particles while levitated.

An important part of this programme will use new laser cooling techniques to bring these particles down to the very low temperatures that are required for measuring the subtle quantum effects that are normally obscured by the jittery motion of the particles. Cooling to temperatures well below one degree above absolute zero is required.

Professor Barker, of UCL Physics & Astronomy, said: "We will use technology and techniques developed at UCL to levitate and control the motion of single nanoparticles in vacuum. This will allow us to isolate them from the environment so that the exquisitely small perturbations to their motion at the quantum level can be explored by the team."

Other potential applications include the development of ultra-sensitive measuring devices that could outperform existing sensors to measure the effects of gravity.