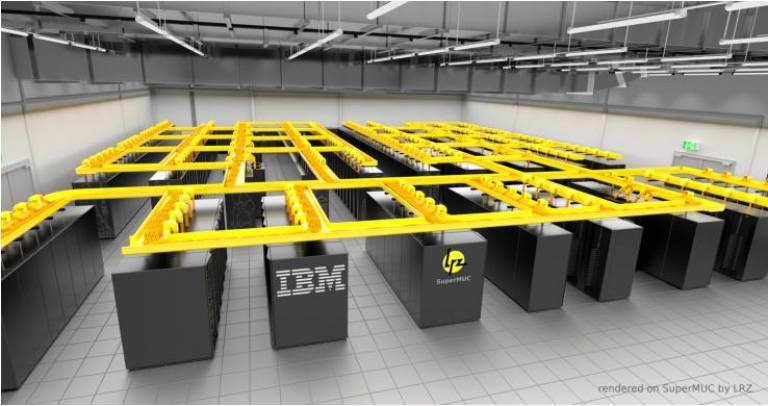 Professor Peter Coveney, UCL Chemistry has been involved in a project that aims to realise a long-held dream of designing medicine treatments so they are customised for individual patients. The team's latest work involved using one of the biggest supercomputers on the planet to generate vast amounts of data on how drugs work.

Many different tasks are usually tackled simultaneously by supercomputers but for this proposal to work, Prof Coveney's team (including Dr Dave Wright, Dr Shunzhou Wan, Mr Agastya Bhati and Mr Srdan Jovanovic) had to monopolise a cluster of two groups of computers called SuperMUC. This cluster consisted of 250,000 computers capable of more than 6.8 Petaflops (ten to the power of 15 Floating Point Operations per second) run by the Leibniz Supercomputing Centre (LRZ) in Germany.

"This is one of the biggest supercomputers in Europe - more than double the size of anything in UK - and we need this extraordinary computational power to design personalised medicines in the sort of time that a doctor would take between diagnosing a disease and then selecting an off the shelf medicine for a patient," explained the head of the team, Prof Coveney.

"We achieved all our objectives and more because the jobs in the workflow ran much faster than anticipated. Initial analysis indicates that the simulations will provide insight into how the two most common mutations responsible for acquired resistance to major anti-breast cancer drugs (such as Tamoxifen and Raloxifene) interfere with drug binding."

The results are now being analysed. The purpose of this project is to demonstrate that scientists can work out the way that a candidate drug will act on a target in the body - a protein - and in a matter of a few hours. "Fifty drugs and candidate drugs were studied to determine how they bind with protein targets in a range of disease cases, in order to rank their potency for drug development and for drug selection in clinical decision making," he explained.

If it works, it would mark an important advance for personalised medicine; treatments designed for individuals so that it works efficiently without side effects. Indeed, "it is taking far too long and costing far too much to discover new drugs by conventional experimental means; computer-based methods are the way forward," said Prof Coveney.

"Now that we can read the genetic makeup of a person relatively cheaply we should be able to develop and target many more drugs to specific individuals," he explained. "Most existing drugs are not effective against large swathes of the general population. In such clinical contexts, decisions regarding matching a drug to a patient will need to be taken within hours to effectively treat individuals and that is what we are trying to achieve." 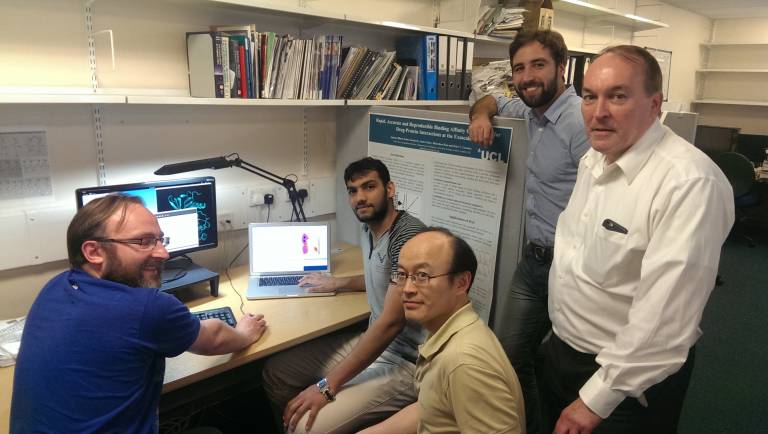 The UCL team is not just ranking existing and future possible drugs but also generating leads for new/improved drugs. Science advances with new data but requires understanding too, and the insights into how drugs work that will arise from the breath-taking scale of Prof Coveney's simulations are only possible because his team is modelling the atomic details of how drug molecules actually work in the body.

This project is a product of long-standing collaboration between Professor Coveney (Director of UCL's Centre for Computational Science) and the Leibniz Supercomputing Centre.
Much of this has been supported by European Union funding. Their work is part of an EU funded project called ComPat, a €3 million project to support emerging high performance computing technologies; it is also a forerunner of an EU Centre of Excellence, run by Prof Coveney, who recently was awarded €5 million.