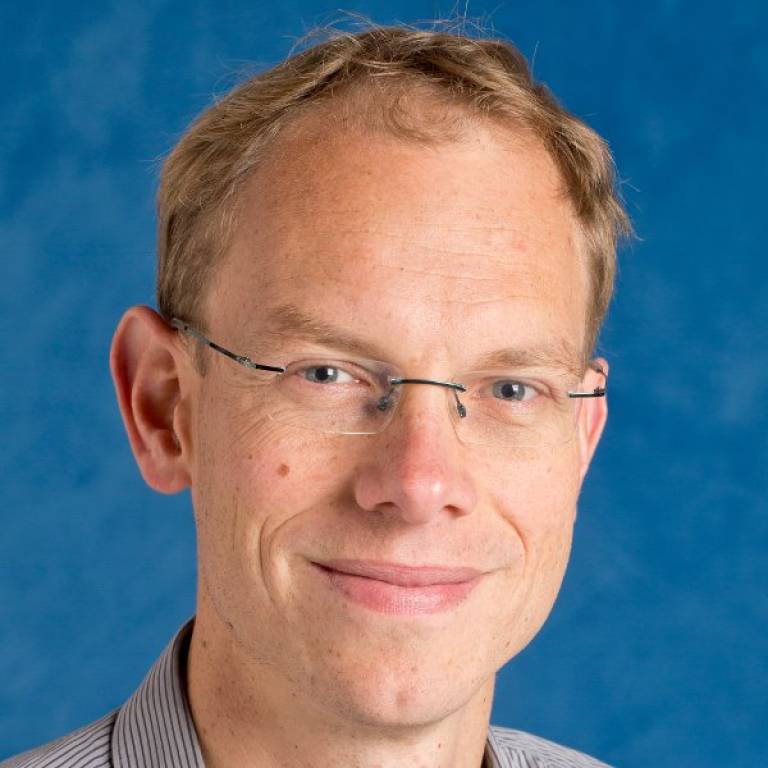 A new series of Medals was launched by Royal Microscopical Society in 2014 to coincide with its 175th anniversary. The series is designed to recognise and celebrate individuals who make outstanding contributions to the field of microscopy across both the life and physical sciences. Dr Bart Hoogenboom (UCL Physics & Astronomy and London Centre for Nanotechnology) has been awarded the RMS Medal for Scannng Probe Microscopy - for outstanding progress made in the field of scanning probe microscopy.

Since being a PhD student, Dr Hoogenboom has made important contributions to the development and application of scanning probe microscopy to a wide range of scientific areas. Since establishing his research group in 2007, Dr Hoogenboom has made a number of achievements in the life sciences including visualisation of the DNA double helix which can help make important breakthroughs in gene expression and regulation.

He said: I am of course extremely honoured to receive the RMS Medal, noting that a lot of the credit belongs to a great team of researchers, including my own group and various collaborators who have facilitated our access to a wide range of interesting and important biological research areas."

His group developed new AFM methodology and data analysis to probe inside the channel of nuclear pore complexes, offering great nanotechnological, physical and biological relevance. His group have also started a programme on real-time imaging of membrane degradation by antimicrobial peptides and pore forming proteins, resulting in, amongst other discoveries, the most complete view to date of membrane pore formation by a family of bacterial toxins that play a role in diseases such as bacterial pneumonia, meningitis and septicaemia.

As well as his scientific accomplishments, Dr Hoogenboom played a pivotal role in setting up the London Centre for Nanotechnology (LCN) atomic force microscopy facilities, enabling the LCN to boast world leading AFM capabilities, benefiting a wide community at both UCL and Imperial College.

Dr Hoogenboom has transformed the training and use of these facilities, which has been key in promoting the use of scanning probe microscopy to a huge number of people, not just microscopists but the general public as well.