Fossilised remains of microorganisms at least 3.77 billion years old have been discovered by UCL scientists, providing direct evidence of one of the oldest life forms on Earth. 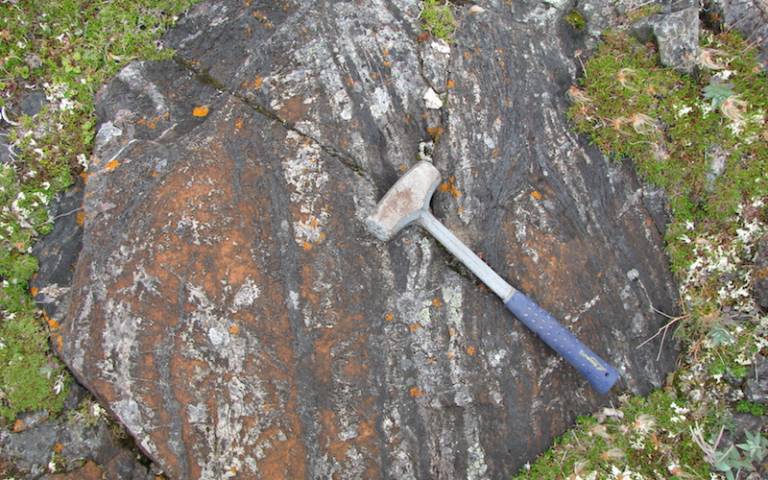 Tiny filaments and tubes formed by bacteria that lived on iron were found encased in quartz layers in the Nuvvuagittuq Supracrustal Belt in Quebec, Canada.

The Nuvvuagittuq Supracrustal Belt contains some of the oldest sedimentary rocks known on Earth which likely formed part of an iron-rich deep-sea hydrothermal vent system that provided a habitat for Earth’s first life forms between 3.77 and 4.3 billion years ago.

This latest discovery shows that life developed on Earth earlier than previously thought and at a time when Mars and Earth both had liquid water at their surfaces, supporting the idea that life first emerged from hot vents on the seafloor shortly after planet Earth formed.

UCL researchers Dr Dominic Papineau and Dr Matt Dodd (both UCL Earth Sciences and the London Centre for Nanotechnology) say the revelation poses exciting questions for extraterrestrial life and could help inform the search for evidence of past life on Mars 4,000 million years ago.

If no evidence of previous life on Mars is found, then Earth may have been a special exception which helps us better understand the pale blue dot we call home and our neighbouring planets.

This discovery about the origin of life is an important activity for humans as it informs the general public of our origins. It is also stimulates public interest in science, inspires pupils to study STEM, and is important for finding evidence of extraterrestrial life elsewhere in the solar system and beyond.