The Engineering Exchange at UCL (EngEx) has played a pivotal role in helping Londoners to implement green infrastructure initiatives. 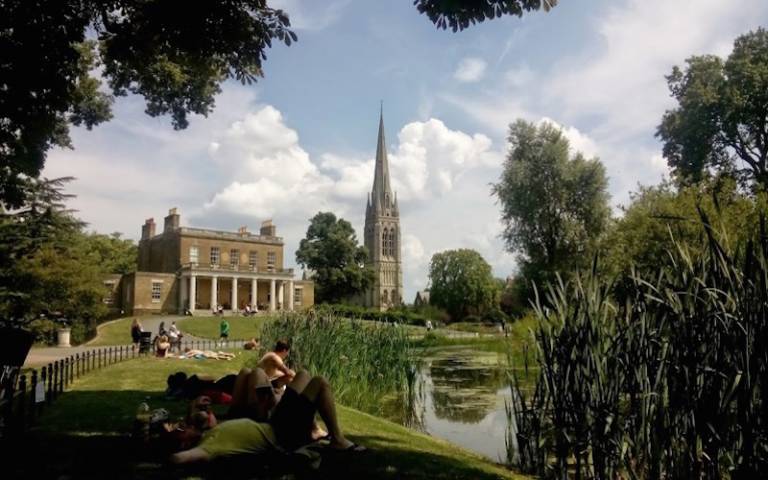 It is widely recognised that green infrastructure (GI) is a solution to some of the problems faced by London’s ageing infrastructure. Examples of GI include biological features such as parks, street trees, green roofs and walls, rain gardens, and ponds. Implementation of GI is particularly attractive as it can reduce air and water pollution and local flood risk, enhancing biodiversity and improving human health and wellbeing.

However, there were gaps in the research about the benefits, costs and risks of GI. This lack of information also meant that local communities could not effectively engage in policy discussions.

EngEx was set up to foster two-way research partnerships between UCL and local community groups. Supported by NERC funding, UCL engineers and scientists hosted a community research forum aimed at exploring existing knowledge and facilitating discussion about GI, and a training programme for early-career scientists and GI specialists to improve their engagement with communities.

This was complemented by a pro-bono consultancy project for community networks Just Space and the London Sustainability Exchange, comprising a report and series of resources summarising the scientific evidence about GI in London.

To firmly embed the EngEx principles of genuinely engaged research, the report underwent a ‘community review’ alongside the peer review, with participants providing valuable input into the final report. The study is now part of the draft London Plan Examination in Public evidence library, providing a valuable knowledge base of communities who are impacted by GI in London.