In the late-19th Century, the work of a UCL Chemistry Professor, Sir William Ramsay, led to the creation of a new section of the periodic table. The discovery of these elements powered some of the world’s most significant technological advances. 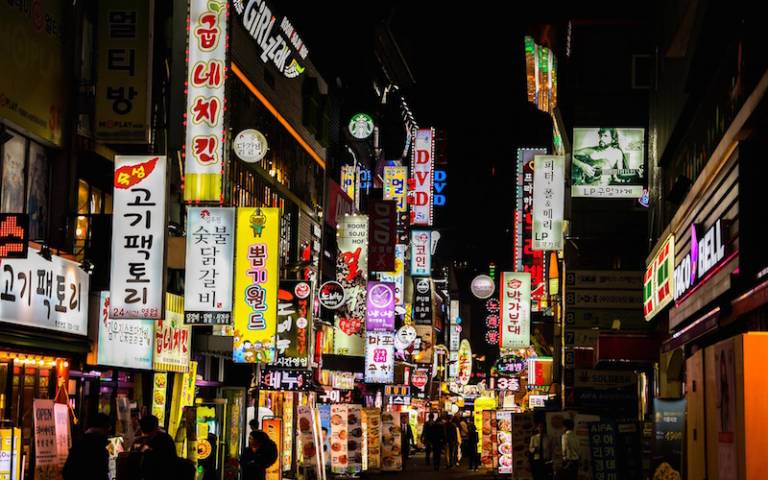 Sir William Ramsay, UCL professor of chemistry, was awarded the Nobel Prize in Chemistry in 1904 for the discovering the group of elements we call the noble or inert gases at the end of the 19th century.

When fellow scientist John Strutt discovered that nitrogen’s density was fractionally different if it was prepared chemically as opposed to when it was separated from air, William mused that an unknown element may exist in the atmosphere. In 1894 he removed of all the known gases from air on a larger scale and discovered that the remaining gas was a new element that he later named argon.

But as argon did not fit he recently proposed periodic table, William suspected that there must be more to discover.

When told by British Museum mineralogist Henry Miers in 1895 that a gas, believed to be nitrogen, was given off by the mineral cléveite when heated, William first suspected the mineral to be a compound of argon. Instead the gas turned out to be helium.

William then froze a sample argon using the cryogenic coolant, liquid air and allowed the more volatile portion to evaporate away over many hours. When the remaining solid was returned to room temperature the result was another new gas in the series which he named krypton. Further experiments using different coolants led to the isolation of xenon and then neon – which when subjected to an electrical discharge gave off a pink/orange glow.

A few years later, in the 20th century, radon was discovered using William’s methods and equipment early, while oganasson was synthesised in Russia around 2014.

The discovery of these gases has helped our understanding of the electronic structure of atoms and other elements play key roles in artificial lighting, lasers, and even the propulsion of spacecraft.