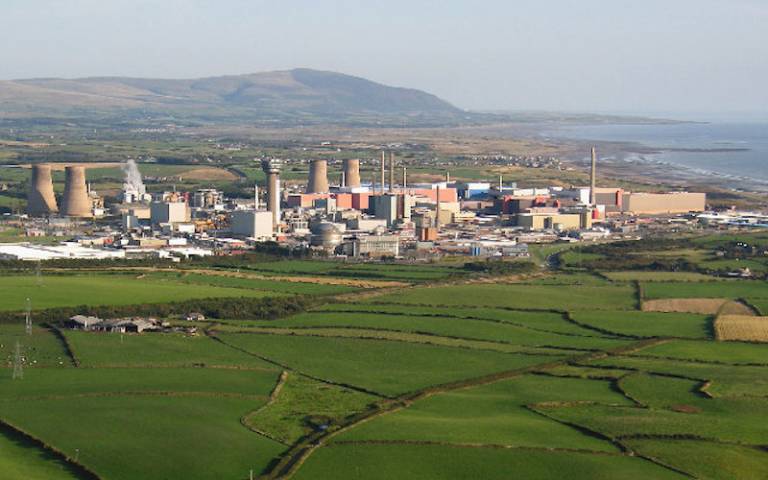 The reprocessing and uranium finishing plants at Sellafield (named Magnox reactors) have been the workhorse of the UK’s nuclear fuel reprocessing programme for over 50 years. Since the start of their operation in 1964, they have taken spent fuel from across the globe and reprocessed over 50,000 tonnes into uranium trioxide (UO3) powder for safe storage or to be re-used in the future.

As would be expected with any ageing plant, time takes its toll, and it is important to continue making improvements where necessary in order to reach the end of reprocessing safely and to budget. In order to help achieve these goals, the Magnox throughput improvement programme (MTIP) was introduced at the Sellafield nuclear site. 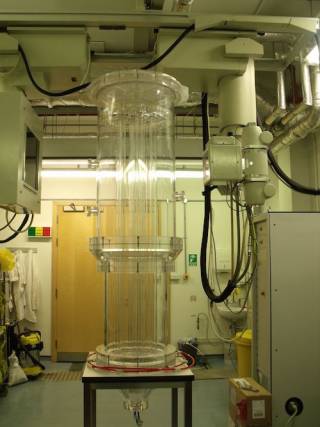 Professor Paola Lettieri (UCL Engineering Science) and her team designed, built and operated a three meter-tall replica of the type of reactor used on the uranium finishing line and used x-ray imaging to visualise and resolve a number of operational problems.

As a result of Paola’s work, the operational reliability and throughput of the Magnox TDN (Thermal DeNitration) Reactors were no longer perceived as “high risk” to the operation of Magnox Reprocessing. This enabled Magnox to complete its reprocessing contracts, hence removing the risk of the possible requirement for alternative long term storage for the spent nuclear fuel.

This is a significant achievement as it improved the reactor’s operational reliability, was used to train operators at Sellafield and ensured the continued safe operation of the plant.

The work undertaken with the National Nuclear Laboratory and Sellafield led to the team receiving the 2016 Pinkerton award for the best paper of the year published by the Nuclear Institute.