The LGBTQ+ (night)life and soul

The number of LGBTQ+ venues in London fell by 58% between 2006 & 2016, a shocking figure in a city that prides itself on leading in diversity & culture. Sadiq Khan recognised the significance of the numbers & worked closely with UCL's Urban Lab to take action. 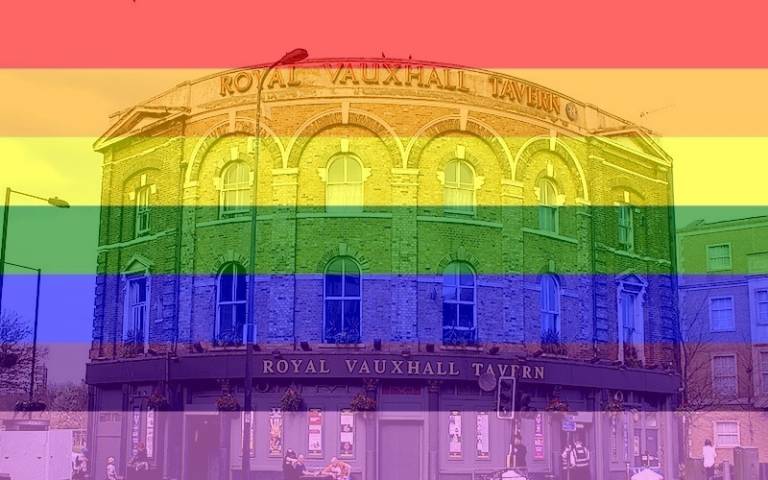 UCL researchers have been working with community groups and the Greater London Authority (GLA) to recognise the impact of LGBTQ+ nightlife and to help secure its future.

Since 2016 Professor Ben Campkin (UCL Urban Laboratory) and Lo Marshall (Researcher and PhD candidate) have been trying to understand the driving factors behind the closure of so many of London’s LGBTQ+ nightclubs – in 2006 there were 121 venues in the capital but by 2017 just 51 remained.

UCL’s Urban Lab team began its research in collaboration with Raze Collective and Queer Spaces Network, paying special attention to the impact that closures and the ongoing threats to venues have had on people in London’s LGBTQ+ communities.

The research, which examined the capital’s LGBTQ+ nightlife between 1986 and the present, showcased the diversity of LGBTQ+ venues and the important contributions they make to community life, the night-time economy and more.

The study also uncovered inequalities within communities when it came to accessing space. For instance, venues serving women and Black, Asian and Minority Ethnic LGBTQ+ communities have been disproportionately vulnerable to closure.

Following their success with the GLA, in 2019 UCL’s Urban Lab team began a partnership with the London Borough of Camden to help the council and partners build a profile of the borough’s LGBTQ+ communities and both its day- and night-time spaces since the 1980s.

As well as influencing policy, the archive material collated during the research also formed the basis of a major exhibition, ‘Queer Spaces: London, 1980s – Today’ which ran from April to August 2019 at the Whitechapel Gallery, which Ben co-curated.