Imagine you are innocent, but your DNA is found at a crime scene? Research led by UCL shows the dangers of misinterpreted evidence and how 22% of criminal evidence at the Court of Appeal may have been misinterpreted. 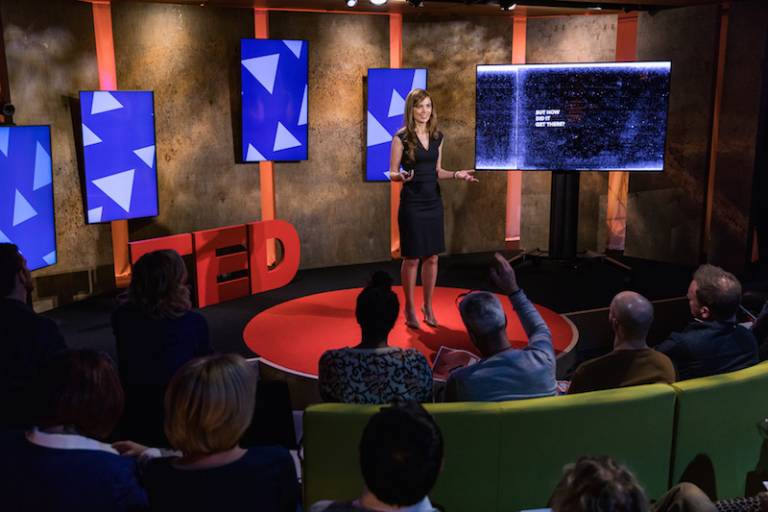 Forensic science is not the open and shut case that many of us think it is. Technological advances mean we can now detect smaller amounts of material more accurately and quickly than ever before, but it’s not enough to just know what a piece of trace evidence is.

In 2009 the National Academy of Sciences published a major report which found that the interpretation of forensic science evidence is not always based on scientific studies. Understanding what the evidence really means is key in the delivery of justice.

Professor Ruth Morgan (UCL Security & Crime Science) set up the UCL Centre for the Forensic Sciences - the only interdisciplinary research unit in the world solely dedicated to carrying out research into the interpretation of trace evidence. In 2018 they found that evidence in 22% of cases at the Court of Appeal where criminal evidence was critical, may have been misinterpreted, potentially leading to miscarriages of justice.

Ruth and her team are researching how and when traces transfer, helping us to understand why someone’s DNA could be found on a knife they’ve never touched, or how their jacket could have traces of gunshot residue even though they’ve not fired a gun.

The Centre is also researching the factors that can influence human decision making in forensic science and how these can affect our interpretation of the evidence. Their research is discovering that the contextual information a scientist is exposed to at a crime scene can influence their decision making in the lab, and affect their interpretation of the evidence.

The Centre’s research is producing the evidence base needed to reduce the misinterpretation that can lead to miscarriages of justice, and it has led to Ruth’s appointment as the Specialist Adviser for the House of Lords Science and Technology Select Committee’s inquiry into forensic science.

This first episode in the Made At UCL podcast series features 3 disruptive discoveries stories. Forensic science is featured third.

In this episode, our host Suzie McCarthy, talks to Professor Ruth Morgan (UCL Security & Crime Science) about human bias and how it can lead to wrongly interpreting evidence.

In this second episode, Professor Ruth Morgan looks at the transfer of forensic evidence and the complexities of forensic science and technology.