Ending violence against girls in schools

Girls all over the world face violence every day. Researchers from IOE, UCL's Faculty of Education and Society, are changing policies, practices and attitudes in communities and schools to improve the lives of millions of girls. 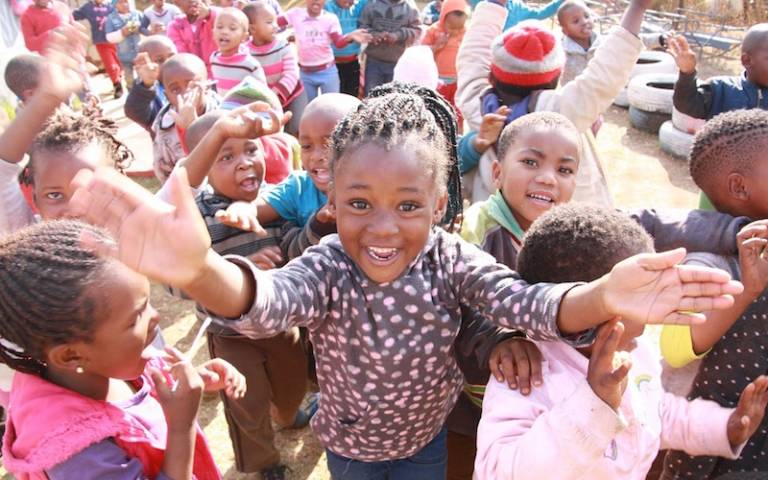 Girls in countries all over the world face violence as part of their day-to-day life, including at home and in school. Research at UCL is helping to stem violence against girls, while empowering them to speak out against violence.

The research, led by Professor Jenny Parkes (IOE), was delivered in partnership with the Action Aid initiative to Stop Violence Against Girls in Schools in Kenya, Ghana and Mozambique – this initiative ended in 2013.

More recently, Jenny and her team have worked with UNICEF’s initiative End Gender Violence in Schools, which worked in Ethiopia, Togo, Zambia and the Ivory Coast to strengthen the use of evidence to inform policy and practice on school-related gender-based violence.

Jenny’s research team have been examining the prevalence of violence, methods for reporting violence, the role of school-based violence prevention interventions and the influence of national laws and policies.

Previous research and interventions have often focused on the types of violence. This new research builds on that knowledge and looks more closely at issues of structural inequality and discrimination that women and girls face in general, as a gender-based source of the violence.

They have found that physical punishment can be common at home and in school. However, girls rarely report violence and only a minority of cases are referred to the police or support services.

The research calls for a review of codes of conduct, gender-sensitive curricula and pedagogies, counseling and guidance programmes and improvements on how girls can report violence. It calls for governments to tackle inequalities, and provide much-needed resources and support to schools and services.

By targeting those who regularly come into contact with girls, such as teachers in training, police, health workers, the media, and young people themselves, they hope to build safer schools and communities.

The research is contributing to the Global Working Group to End School-Related Gender-Based Violence, a coalition of development organisations, civil society activists and research institutions collaborating on ending gender-based violence in schools, influencing practice in thousands of schools teaching millions of pupils.