Research by UCL Institute of Education influenced the winner of the City Hall and Transport for London’s ‘Women We See’ competition, which was launched to encourage advertisers to create more positive and inclusive campaigns. 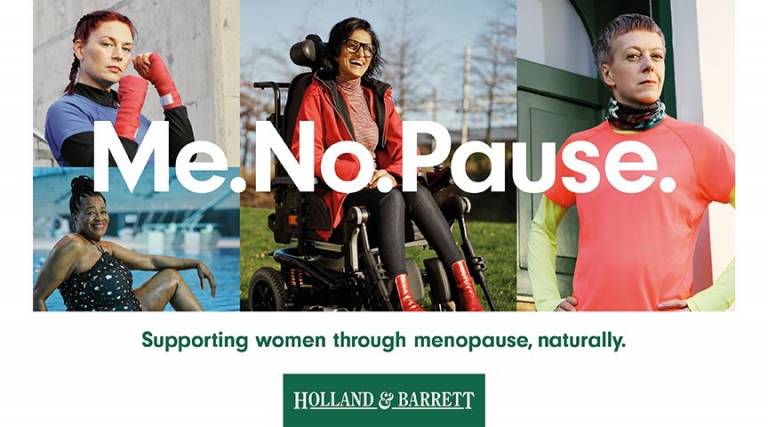 City Hall and Transport for London (TfL) commissioned the research which then fed into the brief for a competition for advertisers, Women We See. Holland & Barrett’s ‘Me.No.Pause’ campaign won the competition with its truer representation of diversity in the capital.

The research also found that 71% of black Londoners felt they were not well represented and 61% of British Asians felt there was an under-representation of Asian communities.

“Sexualisation of women” was by far the most common answer as to why respondents disliked adverts, with 68% saying that women are often displayed in revealing clothes when it’s not necessary or relevant.

Women over the age of 55 felt least represented with 55% of women over 55 responding that they felt “fairly badly” or “very badly” represented.

‘Me.No.Pause’ was recognised by the judges for its positive presentation of women going through the menopause and commitment to reflecting the diversity of women in London. The campaign was awarded with £500,000-worth of prominent advertising space across the TfL network as its prize.

In December 2018, the Advertising Standards Authority (ASA) guidelines on depicting gender stereotypes were released and were likely to have been influenced by the research.