Professor Seirian Sumner is a behavioural ecologist and entomologist in the Division of Biosciences. 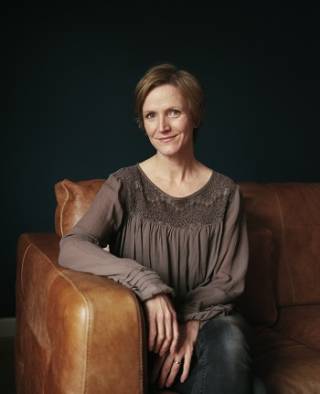 Why should we love wasps?

Wasps are nature’s pest-controllers; they pollinate just as well as bees and may be important back-up pollinators in degraded habitats. Wasps are undiscovered medicine cabinets, waiting for science to uncover. Wasps are at least as diverse and speciose as beetles – making wasps, not beetles possibly the most species-rich group in the animal kingdom.

Famously, UCL professor J.S.B. Haldane (UCL professor of genetics (1933-1957) said that if there were such a thing as an intelligent creator, then they clearly had “an inordinate fondness for beetles”. If Haldane were alive today, he’d be inclined to substitute beetles with wasps.

In your recent Observer interview, you talk about the different literary references to wasps. Which one do you think has been the harshest, or most unfair?

Undoubtedly, the least fair comment on wasps is that they have no point. Every facet of nature has a role to play. Wasps are as critical in ecosystems as any other insect, and certainly as important as their more popular cousins, the bees. One of my reasons for writing ‘Endless Forms’ was to put the record straight on the point of wasps.

Have you forgiven Professor Jeremy Field for tricking you into studying wasps?

Very much so, as I’d not be where I am today if he’d not tricked me into studying wasps at UCL! I was not a fan of wasps before I started my PhD. In fact, I was one of the flappiest of folk at a picnic if a wasp came along. If Jeremy had admitted to me that these wasps sting, I may not have taken the PhD place with him at UCL.

To be fair to Jeremy, the stings of these Malaysia hover wasps are very much a faint tickle. If they happen to get you on a soft part of skin, then they do get to inject a little venom, but it’s mild. I do remember my first sting in Malaysia though….as does Jeremy but he’s agreed not to disclose anything further!

Which area of your research excites you the most?

A couple of years ago I’d have said something about understanding the molecular basis of social behaviour, as this is what we were (and still are) working on. But writing this book has opened my eyes to how the world of wasps is even more incredible than I’d realised. And, most of what wasps have to offer is understudied – especially the solitary wasps. In writing my book I read out-of-print texts from the late 1800s/early 1900s by naturalists whose descriptions of the natural history of solitary wasps remain unrivalled today.

These accounts provide us with the knowledge base needed to ask questions about the medicinal properties of wasps (they are veritable medicine cabinets, full of antibiotics, neurotoxins and other delights), their diverse roles in ecosystems (as pest controllers, pollinators, decomposers and seed dispersers) and their evolutionary history (bees are just wasps that have forgotten how to hunt; ants are just wasps that are mostly flightless). In short, what area of research excites me most? ANYTHING to do with wasps!

Have you found any major differences in wasps across the globe?

With over 100,000 described species of wasps across the globe and probably 10 times more species to discover, there’s a lot to say here. But, from my own research, one thing we’ve found is how there are different behavioural strategies within a single genus of wasps – the Polistes paper wasps – depending on whether they live in tropical or more temperate regions.

It’s clear that the environment influences the selection pressures on the social structure of their groups, and alters the benefits to individuals from different reproductive strategies. More broadly, this highlights that focusing attention on just a few choice (temperate) species (which is what a lot of scientists do) is not sufficient to explain the behaviour, ecology and evolution of a taxonomic group. Environment matters.

Your book entitled Endless Forms came out recently. What will your next book be about?

Obviously, that’s a trade secret! I have lots of ideas…

What would your key message be to any budding wasp/insect researchers?

Choose the question before the organism; and don’t be influenced by fashion and trends. I ended up studying wasps because of the answers they offer to questions about social evolution. I am really glad I did this, rather than follow the crowd to work on the cooler, more fashionable organisms, like bees, meerkats or (God forbid) flies.