A new exhibition in the UCL Main Library is running from 2nd March to 11th December 2020. 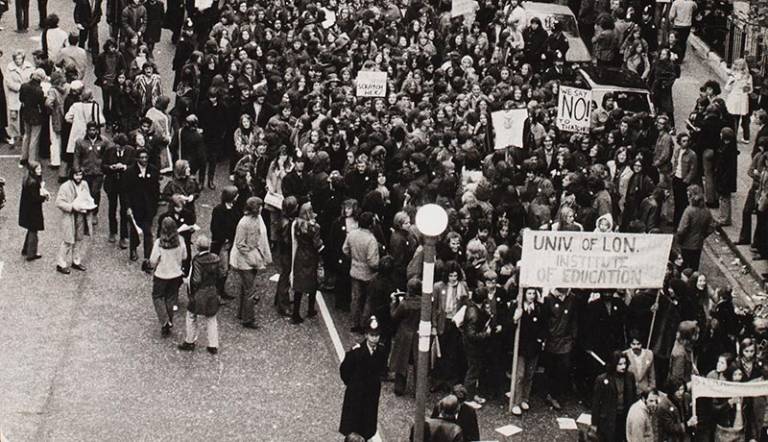 Throughout its history the English, then British Parliament has been challenged and re-modelled. Calls for change have come not only from outside Parliament, but also from within as MPs have rebelled against their sovereign, reacted to injustices, and worked tirelessly, if not always fruitfully, for reform.

A new exhibition in the UCL Main Library, running from 2nd March to 11th December 2020, explores some of the key moments of change in the seventeenth and nineteenth centuries using manuscripts, archives and rare books from UCL Special Collections.

Dr Martin Spychal, Research Fellow on the History of Parliament Trust’s House of Commons 1832-68 project and co-curator of the exhibition said:

““It has been great working with the UCL Special Collections team to bring their extensive and significant repository of political material and ephemera to the attention of a new generation of students and future historians”.

Henry Brougham was one of the principal founders of UCL and became one of the chief architects of the 1832 Reform Act. As Lord Chancellor, he arranged the first boundary commission for England and Wales, which redrew Britain’s electoral map. Most of the men involved in this commission also had close links to UCL.

UCL Special Collections holds the Brougham archive, which consists of around 50,000 letters between Brougham and people from a broad cross-section of society on a vast array of subjects. The collection spans Brougham’s remarkable life and his political activities are well represented.

UCL Special Collections holds 4,000 Jewish pamphlets dating from the seventeenth to twentieth centuries and covering a wide range of subjects. Some of these pamphlets, many collected by Frederick David Mocatta, show both sides of the decades-long campaign, which culminated in the passing of legislation that allowed practicing and conscientious Jewish men to sit in the Commons in 1858, and Lords in 1866.

Mocatta was also connected to the family of Isaac Goldsmid, another UCL founder and who, along with his son Francis, wasa key player in the struggle for Jewish political representation in Parliament.. Items from the Mocatta collection includes Francis Goldsmid’s influential pamphlet Remarks on the Civil Disabilities of British Jews.

UCL Special Collections is home to a substantial and varied body of printed and manuscript material relating to British political and parliamentary life. A diverse collection of correspondence, diaries, petitions, pamphlets and official state publications offers significant insight into the workings of Parliament, as well as the varied fortunes of the Royalists, Parliamentarians, Radicals, reformers and reactionaries who, at different times, have shaped Britain’s political system.

This exhibition has been curated in collaboration with staff from The History of Parliament Trust, which is a long-standing research project tasked with creating a comprehensive account of parliamentary politics in England, then Britain, from their origins in the thirteenth century. Their core work consists of researching and writing detailed studies of elections and electoral politics in each constituency, and of biographical accounts of Members of Parliament and peers. This is published together with surveys pertaining to particular periods which draw out the themes and discoveries of research and information about the operation of Parliament. Additionally, since 2011 they have been conducting an oral history project which records the life stories of former MPs.

View the full catalogue and images of all items from the exhibition.