To commemorate the seventieth anniversary of George Orwell’s death, the Orwell Foundation and UCL Library Special Collections present a short film 'The Night Orwell Died' which sheds light on the night he died. 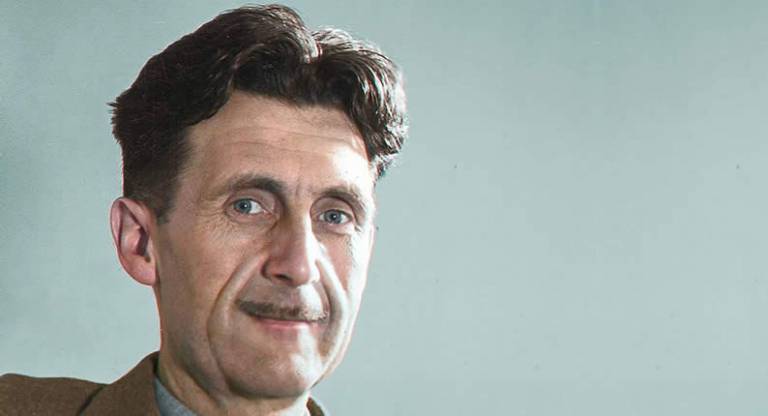 Orwell died seventy years ago on 21st January 1950 at the age of forty-six in a hospital bed in University College Hospital, London where he was being treated for tuberculosis.

Using select items and letters from the Orwell Archive, his biographer D.J. Taylor reconstructs the months, weeks and days prior to his death. Items included the luncheon menu from Orwell's and Sonia Brownell's wedding reception at the Ritz in October 1949, and a wedding card from the night nurses at UCH.

“The George Orwell archive is an important resource for researchers as it gives a valuable insight into his life and works, which can be reconstructed through his letters, notebooks, diaries and photographs. Our job is to preserve and make this primary material available so that Orwell can continue to be as relevant today as he was 70 years ago.

All the items featured in ‘The Night Orwell Died’ will be used in the forthcoming Orwell Archive event preceding the Orwell Lecture with Daniel Finkelstein on the 18th of February, held at University College London.

The UNESCO-registered George Orwell Archive, housed at UCL Special Collections, is the most comprehensive body of research material relating to the author George Orwell (Eric Blair) (1903-1950) anywhere. Manuscripts, notebooks and personalia of George Orwell were presented in 1960 on permanent loan by his widow on behalf of the George Orwell Archive Trust, supplemented by donations and purchases. The aim of the Trustees of the Archive was to make a research centre for Orwell studies, by bringing together all [Orwell's] printed works, including newspaper items; private correspondence; other private papers in the possession of his widow; printed matter other than his own which will help later generations to understand the controversies in which he was involved; and tape recordings or written statements by all with first-hand experience of him of any consequence.