Two important milestones were reached recently; the central collection of Jeremy Bentham's papers have now all been digitised and UCL Press has reached one million book downloads. 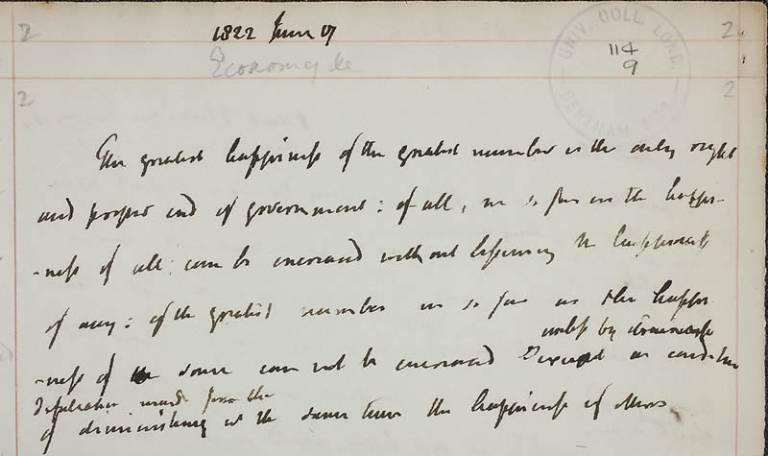 The central collection of the papers of Jeremy Bentham (1748-1832), the English philosopher and intellectual inspiration behind UCL, have now been completely digitised. Some 95,000 images from collections at UCL and The British Library have been captured in digital form, making them accessible to interested readers around the globe.

UCL Press, the UK's first fully Open Access University Press, has announced that one million copies of its books have been downloaded around the world. The announcement comes as the publisher celebrates its third anniversary since launching in 2015.