A new study reveals regions in the human genome that predispose an individual to developing keratoconus. 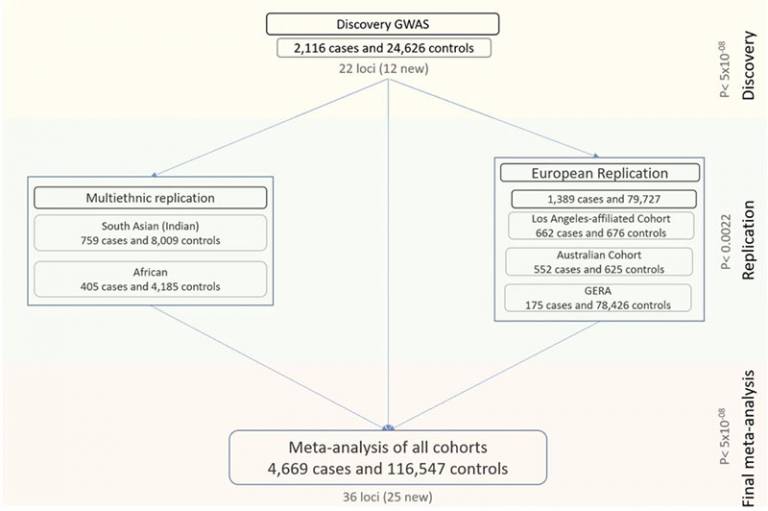 An international study led by UCL IoO’s Professor Alison Hardcastle and Moorfields Eye Hospital’s Professor Stephen Tuft, with the collaboration of Dr Pirro Hysi at Kings College London, as well as researchers from the UK, US, Czech Republic, Australia, the Netherlands, Austria and Singapore, uncovers the genetic basis for the disease.

Keratoconus is a disease that causes thinning and distortion of the cornea, the transparent layer at the front of the eye. It has an onset in the teens or twenties and, untreated, it can lead to severe visual loss. It is a common disease with an estimated one person in 375 affected in North Europe.

The analyses revealed 36 different regions in the human genome that predispose an individual to developing keratoconus. Identification of genetic risk factors at these regions in the human genome has pinpointed some of the mechanisms involved, including problems with the fibres that provide structure for the cornea, and involvement of genes that determine cell identity and maturation.

“We do know that genetic risk factors are likely to play a major role in the development of keratoconus. The challenge was to identify these variants in the human genome. This study represents a substantial advance of our understanding of keratoconus. We can now use this new knowledge as the basis for developing a genetic test to identify individuals at risk of keratoconus, at a stage when vision can be preserved, and in the future development of more effective treatments.