Professor Garway-Heath has recently received awards from the American Glaucoma Society and the UK Advisory Committee on Clininical Excellence Awards. 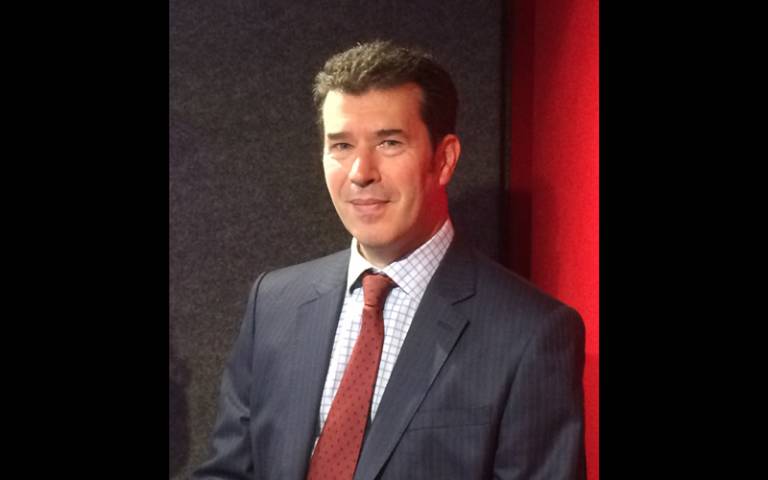 In February 2020, the American Glaucoma Society (AGS) will bestow their International Scholar Award on David (Ted) Garway-Heath, Professor at the UCL Institute of Ophthalmology and Consultant at Moorfields Eye Hospital. The award honours “his lifetime contributions to glaucoma research, education, and patient care.”

In addition to his clinical work, Prof. Garway-Heath leads research in visual assessment and imaging at the NIHR Biomedical Research Centre at Moorfields and UCL IoO. He also conducts his own research aimed at improving care outcome by developing and evaluating diagnostics, improving clinical trial design to reduce the time taken to establish treatment benefits, identifying risk factors for disease progression, and developing decision-support software to provide evidence-based guidance in clinical care.

Prof. Garway-Heath’s 2015 Lancet paper reporting the findings of his landmark UK Glaucoma Treatment Study is highly cited and has been referenced in the NICE Glaucoma Guidelines. The structure-function map that he developed has now been incorporated into a clinical device software used worldwide.

Prof. Garway-Heath’s has been consecutively cited as one of the 100 most influential people in ophthalmology worldwide in The Ophthalmologist magazine’s power list, where he ranked 17th in 2018; last year he was also voted ‘top mentor worldwide’ for his work mentoring younger colleagues and helping them develop leadership skills. He has also been driving a mentorship programme for the European Glaucoma Society, of which he is president, called Next Generation Partnership (NGP). Since its launch in 2017, the NGP programme has enrolled around 100 glaucoma specialists across all European countries.

About the European Glaucoma Society (EGS)

As EGS President, Professor Garway-Heath has been building on the Society’s vision to promote the best possible patient well-being and minimal visual disability in individuals with glaucoma.

The EGS was established nearly 40 years ago with the key mission to raise the standards of glaucoma care within the boundaries of Europe. Today, its reach extends well beyond Europe: its clinical practice guidelines have been translated into 12 languages, and the 13th biennial EGS Congress attracted around 2,800 participants from 87 countries. The EGS is also working towards strengthening its collaborations with other glaucoma societies, including the American Glaucoma Society, leading to the first joint EGS/AGS Members’ Meeting in Bordeaux in 2019.

A key initiative that Prof. Garway-Heath has been driving within the EGS is the promotion of patient involvement in setting standards of care. In 2017, he organised a joint EGS/AGS meeting with full patient participation to agree on care quality outcome measures. The findings were presented at the 2019 World Glaucoma Congress and generated a ‘white paper’ from which a ‘road map’ for excellence in glaucoma care is being constructed, with input from other regional glaucoma societies.

This year’s EGS biennial congress in Brussels will celebrate the Society’s 40th anniversary and will be marked by the launch of an initiative dedicated to patient input into care provision and research priorities.