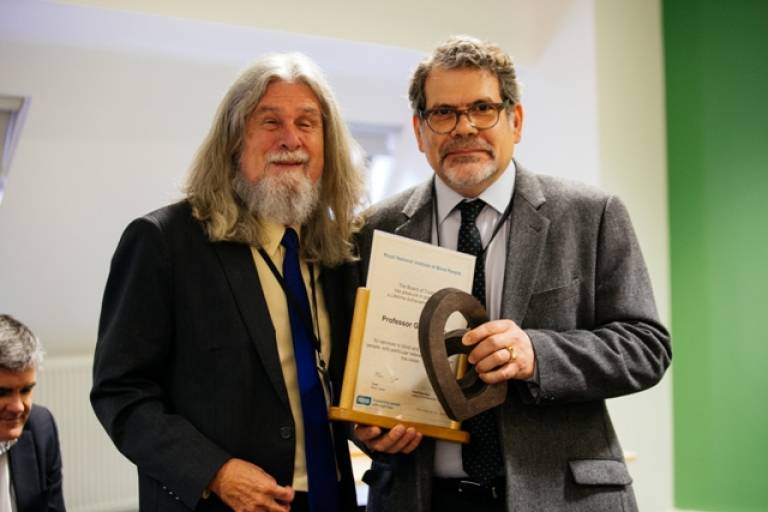 RNIB has honoured Gary with a Lifetime Achievement Award for services to blind and partially sighted people, with particular reference to your work on low vision.

The RNIB Lifetime Achievement Awards were established in 2010 for those who have distinguished themselves in the field of blindness and visual impairment, but who have not been Vice Presidents or Honorary Officers of RNIB.

Prof Rubn said “It is an honour to receive this prestigious award from the RNIB. We are proud of the research conducted at UCL and Moorfields Eye Hospital and grateful for the support that the RNIB has given us. With over two million people affected by low vision in the UK alone, there is so much more to do. I look forward to working with the RNIB to face this challenge through research that will improve peoples’ lives.”