UCL Centre for Holocaust Education remembers the liberation of Bergen-Belsen

UCL Institute of Education’s (IOE) Centre for Holocaust Education is today marking the 75th anniversary of the liberation of Bergen-Belsen, a concentration camp in Germany. 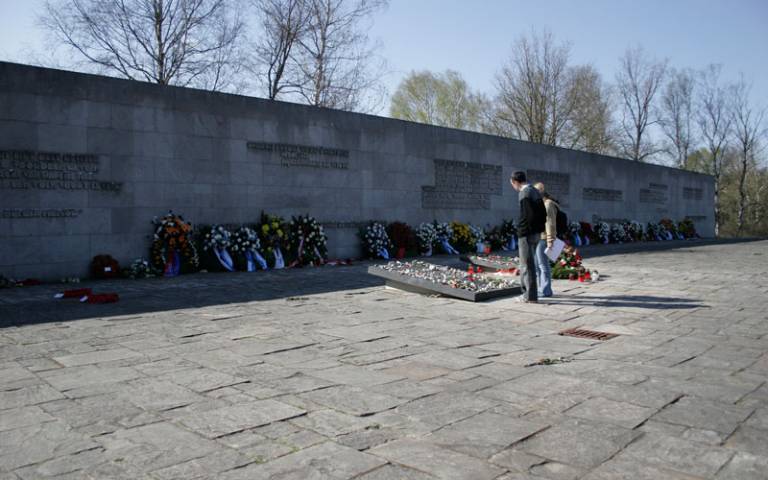 In recognition of the anniversary, the Centre has shared several articles and video clips about the camp and its history.

“When British and Canadian troops entered the Nazi controlled camp on this day 75 years ago they witnessed the most unimaginable and harrowing scenes. 10,000 unburied dead bodies lay strewn across the ground and 55,000 starving and desperately ill inmates clung desperately to life. Those who survived were victims of callous and inhuman brutality and typically were physically and psychologically scarred for life.

“From 1943 to 1945, more than 50,000 people died at Bergen-Belsen. Inmates included the diverse spectrum of victim groups persecuted by the Nazis and their collaborators, the majority of whom were Jewish.  The experiences and events at the infamous camp stand as a searing reminder of a time in which violent Nazi extremism and vicious antisemitism cast a dark and ruinous shadow across Europe.

“April 15, 2020 is, therefore, vitally important because it offers a profound opportunity to commemorate this significant event in our collective history and to remember those who suffered and died.  It also highlights the bravery of British military personnel who courageously fought against Germany and her Axis allies.

“More broadly, the Bergen-Belsen commemoration presents an opportunity to educate more people about the Holocaust and encourage all citizens to reflect on its contemporary significance.

“The UCL Centre for Holocaust Education is, therefore, proud to have played a pivotal role in the Belsen75 educational programme and is committed to ensuring that young people continue to have a deeper understanding of Britain’s relationship to the Holocaust."