UCL Institute of Education (IOE) professor Katharine Carruthers has been awarded an OBE (Officer of the Order of the British Empire) for services to education. 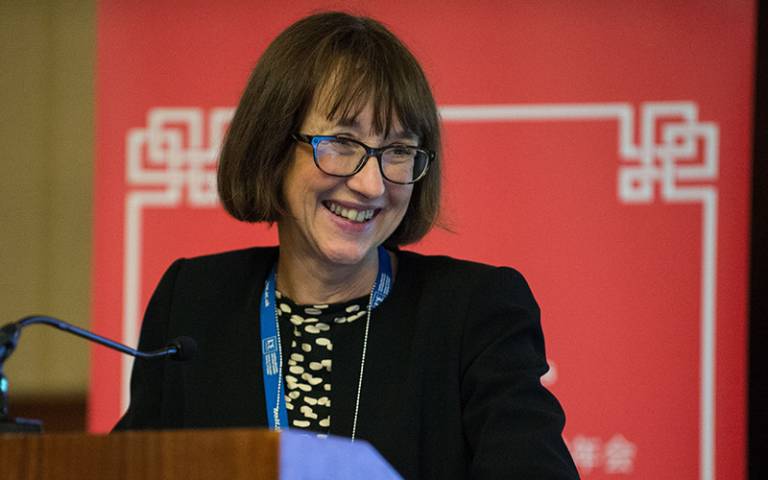 Her research interests centre around teaching and learning of Chinese as a foreign language in schools, the notion of intercultural competence in Chinese and UK schools and globalisation and language policy.

As Pro-Vice-Provost (East Asia), Professor Carruthers plays an important strategic role as a catalyst for UCL's engagement in the region. She has forged growing links with PKU and last year helped lead UCL's first degree awarding ceremony in China with the UCL President and Provost Michael Arthur with her mastery of the Chinese language proving invaluable.

Of the 1,123 named on the honours list, 551 are women, representing 49%, and around 11% have been recognised for their work in education.