The MK40 conference is now rescheduled to take place on 25-26 June 2021. Due to ongoing uncertainty about the possibility of large, live events, the conference will be staged online via Zoom.

Join the event via Zoom here 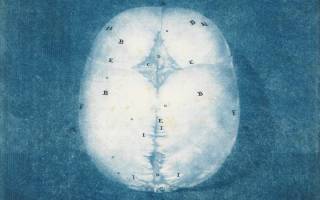 Description: Since the very earliest work on pragmatics in the philosophy of language, there has been great interest in notions like mutual knowledge, common knowledge, public information, shared/joint attention and so forth. Foundational work on meaning and convention (Grice, Lewis, Searle, Schiffer) found it necessary to address the nature of these concepts. Building on the philosophical foundations, paradigm-setting work in the psychology of language by Clark and colleagues developed the idea that ‘common ground’ (common knowledge of discourse relevant facts) is a psychologically real construct, and that psychological processes function to construct and maintain common ground as conversations unfold. This has led to a productive debate in psycholinguistics circles about how and when common ground is maintained and accessed in language use (Keysar, Barr, Tanenhaus, Hanna, Brown-Schmidt, Heller). In philosophy of language and linguistics, the idea that context is the information that language users take for granted as common belief was first put forward in work by Stalnaker. Stalnaker’s ideas have been adapted by work in dynamic semantics (Heim, Schlenker) and more directly adopted in more recent work in formal pragmatics where context is structured also by Questions Under Discussion (Beaver, Roberts, Simons, Tonhauser, 2017). In addition, current game-theoretic pragmatics builds on ideas due to Lewis and Stalnaker. Current standard formalisation of common knowledge (and related notions like common belief), due to Stalnaker, Aumann and Vanderschraff form the basis of this work.

In developmental psychology, work over the past few decades reveals that infants at very early stages of communicative development are sensitive to, and in some ways prioritise, information that is shared or marked by ostensive cues (Moll, Carpenter & Tomasello, Gergely & Csibra). Related work casts shared or joint attention as a type of second-person engagement, something qualitatively different from third-person (Gomez, Reddy, Carpenter), while comparative work has considered similarities and differences between how humans and other species share information (Call, Tomasello, Gomez). Philosophical work has discussed links between shared/joint attention and common knowledge (Gilbert, Barwise, Peacocke, Campbell).

While several related, but distinct, lines of research have found it necessary to develop or apply concepts like mutual knowledge there has always existed a rich debate about the nature of these concepts, their actual functions in communication and relations among them. From the very outset, there has been scepticism about the centrality of a specifically epistemic or doxastic notion of common knowledge in meaning and communication. In particular, Grice (1982) resists the idea that common or mutual belief is conceptually necessary for meaning. Related work problematizes these notions from the perspective that they require ideal reasoners (Sperber & Wilson, 1990) or that the putative situational bases for common knowledge (public information) described in Lewis and Clark in fact lead common knowledge (Halpern & Moses, 1990; Lederman, 2018). Other work debates the primacy of shared attention and common knowledge. Some suggest the former is the foundational relation (Campbell, 2005; Peacocke, 2005), while others argue for the opposite (Gilbert, 2007). In related lines of inquiry, literature has discussed the possibility of non-mentalistic or non-individualistic replacements of common ground or common knowledge (Breheny, 2006; Geurts, 2019; Kern & Moll, 2017). In recent psycholinguistic work, questions have been raised about whether common knowledge of discourse relevant facts (common ground) is in fact maintained by interlocutors (Horton & Gerrig, 2005) and whether it is in fact common ground that is inferred in language processing or simply interlocutors’ perspectives (Heller & Brown-Schmidt, in prep).

The workshop will mark the fact that it is 40 years since the staging of a similar workshop in 1980. That workshop was organised by the Linguistics Dept at UCL and the papers were collected in the well-known volume, Mutual Knowledge edited by Neil Smith. Contributors included Paul Grice, Herbert H Clark, Philip Johnson-Laird, Gerald Gazdar, Aravind Joshi, Dan Sperber and Deirdre Wilson. The aim of that workshop was to bring together psychologists, philosophers, computational researchers and linguists to discuss questions about common knowledge and its role.