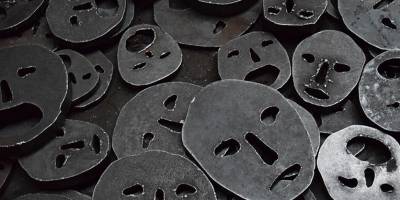 The twentieth century was one of the most violent periods in history, while the twenty-first century appears ever more precarious and unstable. Around the world, violence on racial, ethnic, religious, cultural and national grounds has far-reaching and long-lasting social consequences: increasing the risk of communicable diseases; diminishing access to food supplies, health and other public services; and increasing migration and human trafficking. And collective violence has deep-seated personal consequences, as individuals deal with the effects of persecution, abuse and trauma, often transmitted across generations. At the extreme, collective violence may result in genocide, as one group seeks to eradicate another entirely. Moreover, the resolution of issues around perpetrators and victims - whether in terms of retribution, compensation, reconciliation or in contested cultural representations - may persist for decades after specific conflicts have subsided.

Collective violence is socially, culturally and politically patterned: it affects members of groups defined by shared general features rather than personal identities; people may become perpetrators not from individual motives but because they are mobilised to act violently on the basis of group identities and wider causes. Violence can flare up episodically or be a persistent underlying feature of systems based on racism or sustained by repression and surveillance, with consequences for interpersonal relations over the long term. Precisely because collective violence is socially, culturally and politically patterned, we consider 'collective violence' as an analytical category in its own right. This requires a new way of thinking across disciplines.

The UCL Centre for Collective Violence, Holocaust and Genocide Studies (UCL-CCV) adopts a multi-disciplinary approach to understanding the processes, character and implications of collective violence, past and present. In addition to historical analyses of major incidents of collective violence - notably the Holocaust and other aspects of Nazi persecution, as well as genocides and other eruptions of violence across the world - we seek to make significant analytic contributions to understanding collective violence in political, cultural, geographic and social context, exploring also what follows in the wake of such violence. We aim to:

Colleagues associated with the Centre for Collective Violence, Holocaust and Genocide Studies hold established positions in different departments at UCL and come together within the IAS for relevant events and interdisciplinary discussions. Areas in which colleagues currently work include (but are not limited to) the following interdisciplinary clusters and groups: