Robert Knight is a historian of post-war European politics. He studied at Cambridge, Würzburg and London (LSE), completing a PhD on British policy towards Austria in the Cold War in 1986. He has taught history and politics at Salzburg, Vienna and Loughborough Universities.

A significant focus of Robert's research has been the internal dynamics of Austrian society and politics in the aftermath of National Socialism. In 1988 he published an edition of Austrian cabinet discussions about the restitution of 'aryanised' property. Its title - 'Ich bin dafür, die Sache in die Länge zu ziehen' ("I am in favour of stringing things out" ) accurately summed up official Austrian attitudes towards restitution.

Further research published in The Journal of Modern History, The Leo Baeck Institute Year Book, Journal of Contemporary History has helped undermine the view that Austria had been a collective victim of National Socialism. Robert's research work gained some public attention during the discussion of Austria's "victim myth" sparked by investigations into the war-time career of Kurt Waldheim . Robert's article in the Times Literary Supplement ('Waldheim in Context: Austria and Nazism') led the then Austrian Foreign Minister to appeal to Austrian historians to refute his 'hair-raising theses'. None did.

Robert has also been involved in public debates about the British hand-overs of Cossacks and anti-communist, collaborationist groups from Austria at the end of the war. After writing an article in Intelligence and National Security and a highly critical review of Nikolai Tolstoy's work in The Times Literary Supplement he provided expert testimony for the prosecution in the prominent libel case Aldington versus Watts and Tolstoy (1989).

Robert was appointed the international member of the Austrian Historians' Commission, which reported in 2002 on Nazi expropriation and post-war restitution and compensation policies. He wrote about this on the BBC history website and in 2004 gave a lecture at UCL which placed the work of the commission in a broader post-Nazi context.

Robert's research into British occupation policy led him to investigate the ethnic politics of the province of Carinthia. His book - Slavs in Post-Nazi Austria: the Politics of Assimilation, 1945-1960 (Bloomsbury 2017) explores popular attitudes towards the Slovenes in a society which broadly accepted the assumption that German was inherently superior to Slovene. The book also seeks to place provincial, national and Cold War politics in the wider debate about individual and collective rights. It uses a range of previously untapped sources, including Slovene Communist Party records and Austrian cabinet discussions.  An expanded German version will be published by New Academic Press, Vienna: Politik der Assimilation: Österreich und der Kärtner Slowenen nach der NS-Herrschaft.

Robert's main current research project (to be published by OUP) compares the trajectories of West Germany and Austria in the 1950s and 60s. It take as its starting point the argument put forward by Norbert Frei: that Adenauer's 'politics of the past' in the 1950s was based on a West German exculpatory consensus that helped evade self-critical discussion but - partly thanks to Allied interventions - also led to a process of 'normative demarcation' (normative Abgrenzung) in the mid-1960s. In November 2019 Robert gave the sixth Martin Miller and Hannah Norbert Miller Memorial Lecture at the Institute of Modern Languages Research, University of London, on Drawing and Blurring the Lines after National Socialism: Austria and West Germany Compared.

Robert also interested in the way that liberal values, centred on individual freedom of choice have been been co-opted and distorted to support illiberal agendas. This interest focuses on the ideological distortions of liberalism both under Nazi rule and in post-war European politics. 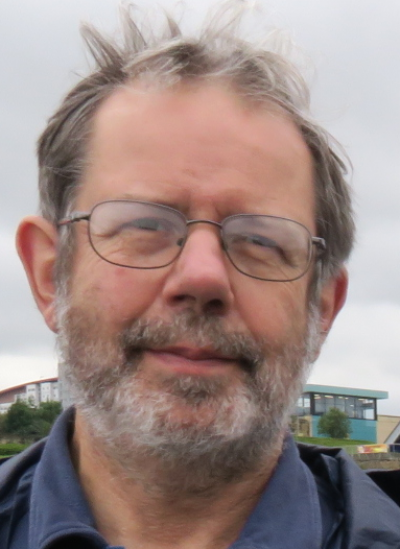