Stefanie Rauch is a historian of modern European and cultural history. She is interested in how people and societies confront, represent, and interpret contested pasts, primarily in the context of the history and legacies of National Socialism, World War II, and the Holocaust.

Stefanie was a researcher at the Centre for Collective Violence, Holocaust and Genocide Studies in the IAS at UCL from 2016 to 2022 and latterly a research fellow and PI of the Pears Foundation-funded ‘Interpreting Perpetrator Voices’ project (2021-2023). The project examines the production, dissemination, and reception of recorded perpetrator voices in research, education, and public history. Its first strand focuses on questions of authenticity and trust with regards to contested historical sources, particularly accounts by perpetrators of mass violence. The second strand explores concepts of citizenship and civil participation, and grassroots interactions between citizen and state.

As part of the collaborative AHRC-funded project Compromised Identities? Reflections on Complicity and Perpetration under Nazism (2018-2021), Stefanie analysed confrontations with the Nazi past through post-war narratives – oral histories, interrogations, and other audio-visual sources – of involvement in Nazi violence in a long-term perspective. She is currently completing her second monograph, provisionally entitled ‘Telling Nazi Tales’. One of her articles (published 2020 in Central European History) based on this research won the 2021 Society for Military History Vandervort Prize. She also co-curated an online exhibition on perpetration, collaboration, and complicity in Nazi violence.

Stefanie received her PhD in History from the University of Leicester. Her first monograph,  Rethinking Holocaust Film Reception: A British Case Study, clarifies the extent to which films impact on historical understanding, the importance of preconceptions, and it highlights ramifications for other fields, including secondary education and museum practices. She has also contributed chapters to edited volumes, and published articles in Central European History, History & Memory, Holocaust Studies: A Journal of Culture and History, Forum Qualitative Sozialforschung / Forum Social Qualitative Research (FQS), and Traces de Mémoire: Pedagogie et Transmission. Currently, she is co-editing a volume Compromised Identities? Perpetration and Complicity, Past and Present, to which she is also contributing a chapter on anti-partisan warfare, gender and transgressive violence. 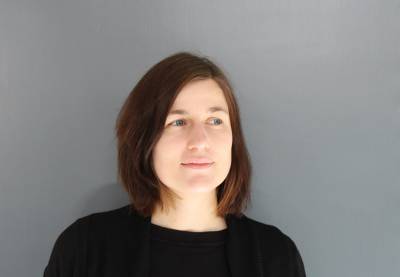