Clinical researchers at UCL have pioneered a new method to more easily diagnose the often-fatal heart muscle disease ATTR amyloidosis, which has helped in the development of new treatments. 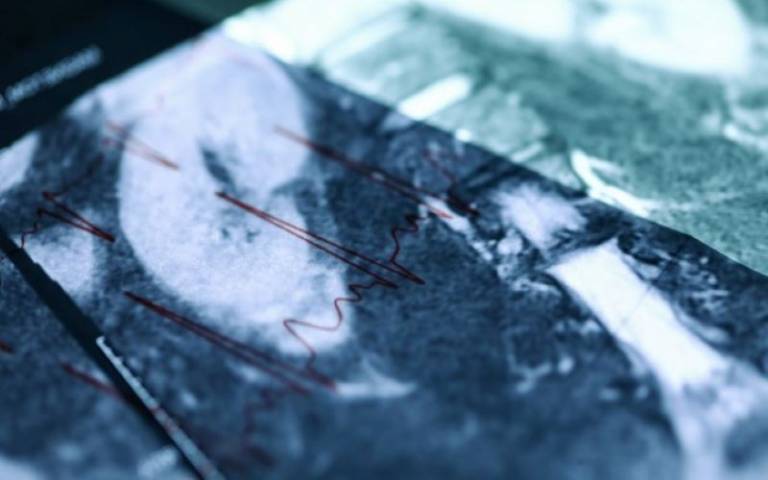 Transthyretin amyloidosis (ATTR) is a progressive and usually fatal disease that occurs when a blood protein – transthyretin – aggregates to form abnormal clumps known as amyloid fibres. It causes serious heart muscle disease in people over 60 years, and rare hereditary forms also cause nerve damage and wasting in younger adults.

Research at the UCL-based NHS National Amyloidosis Centre (NAC), led by Professors Julian Gillmore, Marianne Fontana and Philip Hawkins, has transformed clinical management of the disease, which can now be diagnosed accurately without biopsies.

The unique potential of a technique called multi-parametric cardiac MRI (CMR) was discovered by the team in 2005. They developed and refined it to create a robust technique for assessing the effects and quantifying the burden of amyloid fibres in the heart. They also spearheaded development of international CMR consensus criteria to promote its clinical use.

The technique allowed clinicians, for the first time, to measure the amount of amyloid deposits in the heart. Doctors could also assess the variable effects of amyloid on heart muscle function and perfusion, informing prognosis and gauging response to new treatments.

In 2016, a dedicated CMR facility was established at UCL NAC, commissioned by NHS Highly Specialised Services. The facility has already served more than 4500 patients.

Scintigraphy, CMR and the staging methods developed at UCL have been adopted in at least eight major clinical trials of novel therapies, involving approximately 2500 patients around the world.

Working with industry to bring treatments to the clinic

The UCL NAC team’s expertise in amyloidosis has, together with its large, well characterised patient population and the new diagnostic tools, underpinned an ongoing collaboration with industry, including supporting Alnylam Pharmaceuticals Inc in the development of a revolutionary gene-silencing RNA interference (RNAi) therapy (patisiran) for ATTR amyloidosis.

Of the patients diagnosed with ATTR amyloidosis in the UK in 2020, 151 patients are receiving NHS approved gene silencing therapy and a further 255 have been recruited onto Phase 3 trials for other novel medications.

Professor Hawkins commented: “NAC is a core laboratory for international clinical trials and the UCL team’s expertise has contributed to approvals of new therapies by the European Medicines Agency and in NICE evaluations that have led to availability of the first gene silencing medicines within the NHS."

Transforming the diagnosis and treatment of ATTR amyloidosis heart disease