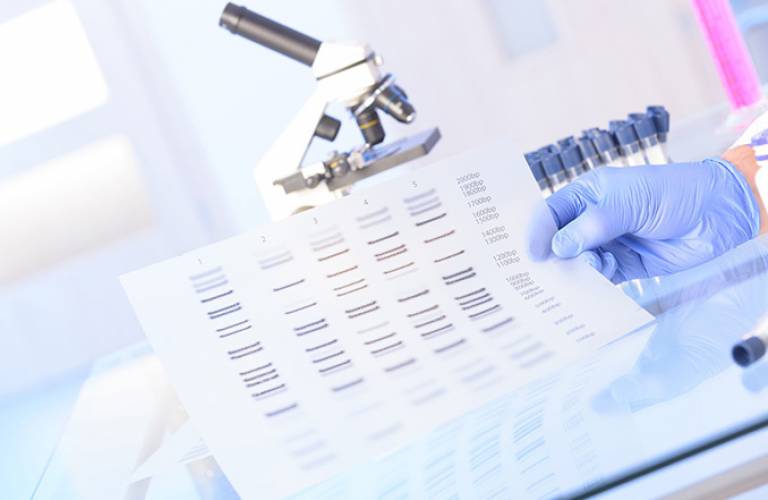 Approximately 200,000 people in the UK suffer from Parkinson's disease (PD), a neurodegenerative condition affecting multiple areas of the brain. The lifetime risk of developing PD in the UK is now 4%, making it the second most common neurodegenerative disease in the country.

Huge improvements over the last 15 years in the understanding of PD have been driven largely by findings in genetics research. In 2004, researchers led by Professor Nicholas Wood (UCL Institute of Neurology) were an integral part of the group that first described mutations in the gene LRRK2. This represented a significant shift in understanding of a condition that had, for many years, had been taught to medical students as the prime example of a non-genetic disease. Furthermore, the team's discovery in 2005 of the so-called common mutation (G2019S) in this gene showed for the first time that a relatively rare genetic variant could not only cause familial PD, but could also play a significant role in sporadic PD.

Subsequent work by international colleagues demonstrated the particular importance of this mutation in certain populations: in the Ashkenazi Jewish and North African Berber populations, for example, it was found to account for up to one third of all PD cases.

As well as helping to elucidate the pathogenesis of PD, the discovery of the G2019S mutation provided the basis for the team's development of a now widely available genetic test for this common condition. The next stages in that development process included further genetic analysis and studies to provide an accurate clinical phenotype description of the range of the LRRK2-induced PD features, and to improve diagnostic accuracy of this disease.

As a result of the research, a new genetic test is now available to patients and their families. It is provided at 17 laboratories in the UK and internationally. This is the first time in PD that tests have been widely available and have been useful to a large number of potential sufferers. Professor Wood's laboratory, affiliated with the National Hospital for Neurology and Neuroscience, has conducted 760 tests in the period 2008-2013. The UK Genetic Testing network approved an evaluation of the test for LKKR2 as a genetic test for the NHS Service Gene Dossier in 2011.

When I got the results I thought 'that's why'. There was some sense of relief to know there was a reason behind the illness. - Patient describing the impact of the test

The internet entrepreneur Sergey Brin blogged in 2008 about his experience of the LKKR2 mutation being discovered in his family, saying, "I carry the G2019S mutation and when my mother checked her account, she saw she carries it too. … I also have the opportunity to perform and support research into this disease long before it may affect me. And, regardless of my own health it can help my family members as well as others." LRRK2 has become a priority area for the Michael J. Fox Foundation for Parkinson's research, which, together with the Brin Wojcicki Foundation, has invested more than $44 million in research projects in this area to 2012.

The identification of this mutation in a common disease provides a strong motivation for the recently announced rare disease initiative within the NIHR Rare Diseases Translational Research Collaboration. It is highly likely that similar mutations will be identified in other common diseases which will follow this now-established pathway to genetic implementation and diagnostics .

It has also led much of the biological exploration that has been carried out of the functioning of LRRK2 and has been a focus for many major pharmaceutical companies including GlaxoSmithKline and Eisai. There is widespread expectation that these molecules will be trialled in the at-risk population within the next 2-3 years. If successful this would provide the first disease-modifying treatments in PD as a direct result of the primary discoveries of the UCL group.