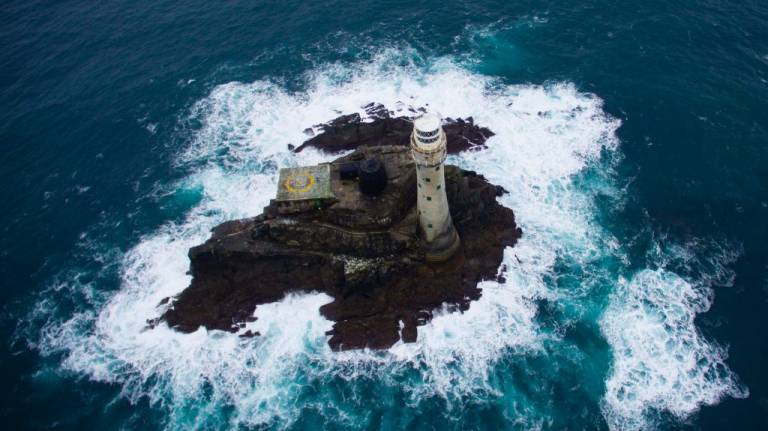 The STORMLAMP project is a comprehensive EPSRC-funded project focusing on the structural response of rock mounted lighthouses to wave loading. The 4 year project commenced in May 2016 and is a unique collaboration between University of Plymouth, University of Exeter and University College London.

This online workshop marks the end of the EPSRC-funded STORMLAMP research project, a collaboration between UCL, Plymouth University and the University of Exeter. Involving engaging presentations on project findings, lighthouse research and other relevant areas from academics, heritage professionals and industry stakeholders, the workshop will also include discussion on future directions for related structural engineering research.

The afternoon will involve engaging presentations on lighthouse research and other relevant areas from academics, heritage professionals and industry stakeholders. There will also be discussions on future directions for related research.

The workshop will be held via Zoom and livestreamed on YouTube, with details sent out to participants registered via Eventbrite.

Tom Nancollas (Building conservationist and author of Seashaken Houses: A Lighthouse History from Eddystone to Fastnet)

> Tom will speak on his experiences of research, writing and publishing his book Seashaken Houses

> Crests and Throughs: the survival of Victorian lighthouses to extreme wave impact

The talk will provide an overview of the evolution of lighthouse design from earlier examples in the 17th and 18th century to the iconic and enduring solution reached in the 19th century, which has become the standard of construction for rock mounted lighthouses affected by extreme wave loading.

For waves hitting offshore wind turbine columns, a simple description is given for the main load distributed up the height of the immersed structure. For breaking waves, an extra ‘slam’ occurs high up. Both are discussed.

-Avenues for future research and commencing an interdisciplinary proposal?

-Implications for other heritage structures on the coast?

-What socio-economic aspects didn’t we address in STORMLAMP? STORMLAMP is a comprehensive EPSRC-funded project focusing on the structural response of rock-mounted lighthouses to wave loading. The four year project commenced in May 2016, and is a unique collaboration between the University of Plymouth, the University of Exeter and UCL. It has worked closely with the UK and Irish General Lighthouse Authorities (Trinity House, Irish Lights and the Northern Lighthouse Board), and other industry partners (AECOM, HR Wallingford, Atkins and the Environment Agency).

The project has entailed:

· fieldwork to characterise structural behaviour of the lighthouses and associated long-term monitoring of their response to being impacted by waves;