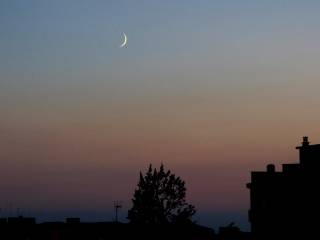 Qaraite and Rabbanite calendars: origins, interaction, and polemic (2018–2021) was headed by Prof. Sacha Stern (UCL) and Prof. Ronny Vollandt (LMU Munich), with Dr. Nadia Vidro (UCL) as a postdoctoral research associate and is funded by the Fritz Thyssen Foundation.

The Qaraites broke off from mainstream Rabbanite Judaism in 9th-century Iraq, and became a powerful Jewish movement in subsequent centuries, in the Near East, Byzantine Empire, and other Jewish-populated regions. Their main tenet was to reject the authority of the Talmud and rabbinic tradition, and to rely instead on a fresh reading of biblical scriptures, which led to substantially different interpretations and practices in many areas.

Among the most conspicuous differences between Qaraites and Rabbanites was how they reckoned the calendar. Whereas mainstream Rabbanite Jews followed a fixed calendar based on calculation, medieval Qaraites in Muslim lands determined the calendar by empirical factors, such as new moon sightings and the state of ripeness of the crops. These fundamental differences often led to festivals being celebrated on different dates, and hence, to considerable polemic and controversies.

This project investigated the origins of the Qaraite and the fixed Rabbanite calendars, which arose in the 8th-9th centuries and which, in our hypothesis, were closely intertwined. It studied the calendar disagreement between Qaraites and Rabbanites, its significances on each side of the debate, and its polemical uses. This research also reflected on how people run their lives with different timeframes and calendars, and on the impact this exerts upon the sense of social belonging and identity.

This one-day workshop was linked to our research on Qaraite and Rabbanite calendar disagreements and the extent to which their debates were influenced by legal and ideological factors and similar debates in contemporary Islam. The workshop was organised by Sacha Stern (UCL) and Ronny Vollandt (LMU), with presentation by Sacha Stern, Nadia Vidro and two external participants. The workshop attracted an audience of about 20 participants and was preceded by an introductory session on the Jewish calendar for students.

This one-day workshop is linked to our research on the impact that Qaraite and Rabbanite calendar differences exerted on Jewish social cohesion and daily life. It will consider the theoretical and practical implications of people running their lives with different time frames and calendars as manifest in varied aspects of social life including marriage, commerce and communal politics. It will ask whether a shared time-reckoning is essential for social cohesion and maintaining a sense of common belonging and identity. The topic will be treated in a broad range of chronological, geographical and religious contexts, including Jewish and Christian sectarian calendars in the Roman Empire, the diversity of calendars in medieval Iran and medieval Jewish societies, calendar reforms in early-modern Russia, and time pluralism in modern-day India. The workshop is organised by Sacha Stern (UCL) and Nadia Vidro (UCL) and is aimed at academics and general educated audiences.

Nadia Vidro (2023), 'On the date of composition of the Book of Commandments by the Qaraite Levi b. Yefet', Zutot: Perspectives on Jewish Culture (advance online publication 1 December 2022)

Qaraites intercalated years on the basis of the state of ripeness of barley crops (aviv). Multiple Qaraite treatises are preserved, but documentary evidence of empirical intercalation is scarce, making it difficult to learn how it was performed in practice. This article examines two Qaraite calendar chronicles that document barley observations and decisions regarding intercalation in a range of years in the eleventh century. They shed important light on how the Qaraite calendar operated over periods of time and attest to frequent calendar difference within the Qaraite movement and between Qaraites and Rabbanites. The chronicles make it clear that the Qaraite calendar of the period was not a monolithic system counterposed to that of the Rabbanites.

Nadia Vidro (2021), ‘Al-Qirqisānī’s account of historical Jewish calendars and its dependence on the commentary on Genesis by Saʿadya Gaon: a study of Kitāb al-Anwār VII.1’, Ginzei Qedem 17, 11*–49*

This article reconstructs the beginning of discourse VII of al-Qirqisānī’s legal code Kitāb al-Anwār, missing in Leon Nemoy’s standard edition of the code, and presents an annotated edition and translation of Kitāb al-Anwār, discourse VII, chapter 1. A comparison of this chapter with Saʿadya Gaon’s commentary on Genesis 1:14 demonstrates significant verbatim overlap between the two texts and suggests that al-Qirqisānī embedded in Kitāb al-Anwār passages from Saʿadya’s commentary on Genesis without identifying them as quotations.

The correct way of setting the calendar was a matter of much debate among medieval Jews. While it is well-known that medieval Rabbanite and Qaraite communities practiced different calendars, the Jewish calendar landscape of the ninth-tenth centuries appears to have been much more diverse. Medieval sources suggest that Jewish groups in that period used calendars based on a variety of principles including observation, different calculations, and a combination of observation and calculation. No in-depth examination exists of medieval alternatives to the Rabbanite calendar. This article is a study of non-Rabbanite medieval Jewish calendars described in tenth-century Babylonian works the Kitāb al-Tamyīz and the Commentary on Genesis by Saadia Gaon, and Kitāb al-Anwār wal-Marāqib by Jacob al-Qirqisānī. In addition to analysing the calendation methods described in the sources, I assess the trustworthiness of Saadia and al-Qirqisānī’s reports and suggest that they reflect real calendars of the period with some degree of accuracy.

A short piece on a lost work of Yūsuf al-Baṣīr, polemicising against those who intercalate by the equinox 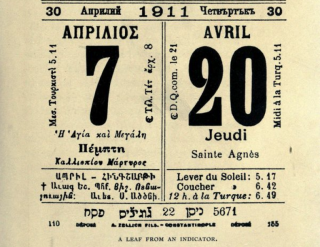 Can people live together with different time frames and calendars? Is a common time frame essential for a sense of common belonging and identity, or does different time reckoning mean social breakdown and schism? This workshop explores these questions from theoretical and historical perspectives, ranging from late antiquity to the modern world.