The grammar of Maskilic Hebrew

Dr Lily Kahn has been awarded a Philip Leverhulme Prize to fund a two-year research project on the grammar of Maskilic (Jewish Enlightenment) Hebrew together with postdoctoral research associate Dr Sonya Yampolskaya. 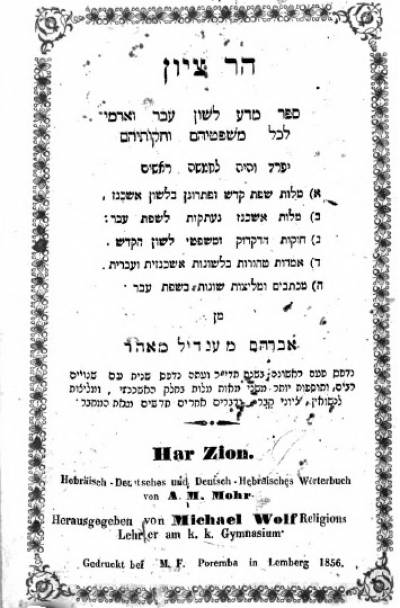 The project focuses on producing a detailed linguistic profile of Maskilic Hebrew in its full chronological, geographic, and genre range, as attested in a diverse body of non-fiction and fiction from the German Haskalah (1770s-1820s), the Galician Haskalah (1820s-1850s), and the Russian Haskalah (1850s-1880s). The project’s chief output will be a reference grammar of Maskilic Hebrew. The volume will provide a thorough overview of Maskilic Hebrew structure based on an extensive corpus spanning the entire Haskalah and comprising poetry, drama, prose fiction, journalism, and other non-fiction (e.g. philosophical and exegetical articles). It will include sections on phonology, orthography, morphology, syntax, and lexis, with attention devoted to grammatical differences between genres and to the development of Maskilic Hebrew over its hundred-year history. It will also consider the relationship between Maskilic Hebrew and earlier (biblical, rabbinic, and medieval) forms of the language, as well as contemporaneous Hasidic Hebrew. Similarly, it will investigate the impact of the authors’ Yiddish vernacular on their Hebrew composition and note instances in which Maskilic Hebrew may have informed later Modern Hebrew.

Archive of past research projects