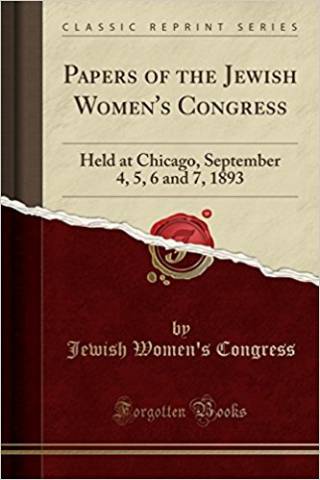 The paper explores the 1893 Jewish Women's Congress as an origin point for the development of an international Jewish women's movement that developed heavily through the use of strategic alliances, both with Jewish women abroad and with gentiles at home.

This paper begins with the congress--an oft-overlooked event which was in fact the first recorded non-philanthropic gathering of Jewish women in history-- and the key figures who founded it, particularly Hannah Solomon and her circle of Chicago-based women activists. From there, I will explore the international alliances, including with British Jewish feminists, the women of the congress made, as well as their interactions with the gentile world, addressing a gap in the current scholarship on early-twentieth-century Jewish women, which tends to have an extremely insular lens. My paper will prove that, in fact, the early Jewish women's movement was international in scope and scale, and concerned Jewish women of all stripes, as well as, at time, their gentile neighbors.