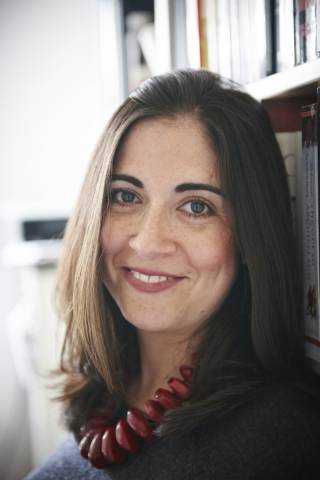 Music in the Holocaust (Oxford University Press, 2005) examines the role of music in the Nazi ghettos and camps and the insight it offers into victims' responses. The book was a finalist for the National Jewish Book Award. It was also the basis for the large-scale educational website Music and the Holocaust, a documentary feature on BBC Radio 3, and concerts at London's Wigmore Hall and the Hampstead Arts Festival.

From Things Lost: Forgotten Letters and the Legacy of the Holocaust (Wayne State University Press, 2017) is based on a trove of over 2000 letters belonging to a German-Jewish refugee who came to South Africa in 1936. For 35 years, Rudolf Schwab corresponded with family and friends across the world, including a close childhood friend who became a Nazi, meticulously keeping copies of his own letters in addition to those he received. The research was supported by the Kaplan Foundation in South Africa, the Memorial Foundation for Jewish Culture in New York, and private donors, and was awarded the British Association for Jewish Studies Book Prize Special Mention. An exhibition based on the book produced by the South African Jewish Museum has travelled around South Africa as well as to Germany, Israel, and Australia.

Prof Gilbert’s most recent book, with Dr Avril Alba from the University of Sydney, is Holocaust Memory and Racism in the Postwar World (Wayne State University Press, 2019). The project challenges the assumption of an unproblematic connection between the Holocaust and the discourse of multiculturalism and anti-racism, and through diverse case studies seeks to historicize how the Holocaust has informed engagement with concepts of ‘race’ and racism from the 1940s until the present.

Prof Gilbert’s most recent research focuses on the changing landscape of South African Jewish identity from the 1940s to the present. She has published widely on the ways in which the Holocaust shaped understandings of and responses to apartheid (1948-1994), and several articles based on a British Academy-funded interview project are forthcoming. She also contributed to the curation of the museum at the Johannesburg Holocaust and Genocide Centre.

Prof Gilbert welcomes enquiries from research students interested in any aspect of Jewish history and culture in the twentieth century, especially relating to South African Jewry, and any aspect of the Holocaust— its history, historiography, representation, and memory.

Current and recently-completed research students are working on the following topics:

Alongside her work at UCL, Prof Gilbert is Academic Director of the Sir Martin Gilbert Learning Centre which aims to make the finest historical research accessible to broad audiences.