How can we live better for longer? House of Lords report

On 15 January 2021, the House of Lords released a report on their inquiry ‘Ageing: Science, Technology and Healthy Living’. 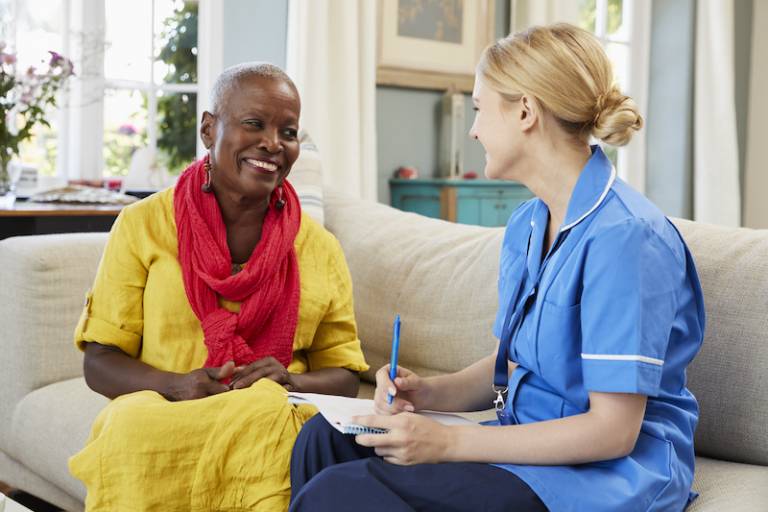 The report found that:
•    Scientific developments have the potential to improve healthy ageing
•    The UK is a global leader in drug development and new technologies
•    Inequality plays an enormous role in healthy life expectancy, and COVID-19 is expected to increase the gap
•    There is evidence that the rate of multi-morbidity is increasing and specialised clinicians are required

Background to the inquiry

As in many developed nations, the UK population is ageing. By 2035 there are projected to be more than 16 million people over the age of 65 living in the UK; meanwhile the population of working age people is likely to remain the same.

However, despite improvements to life expectancy, healthy life expectancy (the number of years a person is expected to live in good health, without disability) has not increased at the same pace.

In 2018, the UK Government set itself a mission to “ensure that people can enjoy at least five extra healthy, independent years of life by 2035 by narrowing the gap between the experience of the richest and poorest”.

In July 2019, the House of Lords select committee began its inquiry into ageing, covering aspects of science, technology and healthy living. Its aim was to assess the feasibility of the Government’s ageing mission and to understand the role of science and technology in meeting this goal.

The committee received a large amount of written and oral evidence

In February 2020, UCL researchers, including our then-Director of Digital Health, Professor Ann Blandford, gave spoken evidence to the inquiry. This followed on from an earlier submission of written evidence by ten academics from across UCL in 2019.

Last year, Professor Blandford noted the importance of various sectors working together in order to achieve advancements in healthy ageing:

“Moving in the right direction will involve engineers, social scientists, members of the public and regulators of many different authorities working together to a degree that, I think it is fair to say, we have not worked together in the past”.

The inquiry’s findings and recommendations

The authors state “there is no time to waste” if the Government wants to achieve its mission. At the current rate of improvement, it will take 75 years to achieve the target set in 2017.

The report identifies improvements in the understanding of the biology of ageing and pharmaceutical advances as important long-term tools, and suggest funding for these should be prioritised.

Whilst there are technologies and services that help people live more independently and healthily in old age these need to be more broadly rolled out across the population, and focus should be placed on equipping older people with the digital skills to benefit from them.  The report recommends the Government makes strategic investments in AI, emerging robotics and data-driven technologies to develop national expertise.

The Committee found that the Government needs to urgently address the key issues of reducing health inequalities, implementing health system reforms and promoting lifestyle changes. The Government must therefore act now to increase support for the exciting new scientific research that targets the underlying processes of ageing. Treatments are being developed that could improve health without the need to treat multiple separate illnesses. Furthermore, technologies can be better utilised to help people live independently for longer.”

How we are working to improve healthy ageing

In late 2020, we launched the UCL Age Innovation Hub – an online platform where the public can share their ideas about how technology could help us age healthily throughout life. Their feedback and ideas will then go onto shape real-life research projects at UCL.