William Hazlitt (1778-1830) was an English writer who worked in many different genres. He is widely regarded as a pivotal figure in the history of literary criticism, art and drama criticism, political journalism, and the familiar essay, and is one of the greatest prose stylists in the history of the English language.

Hazlitt was born in Maidstone, Kent, in 1778. His mother, Grace Loftus, was from a Dissenting family in Cambridgeshire, and his father, the Reverend William Hazlitt, was an Irish Unitarian minister from County Tipperary, and a graduate of the University of Glasgow. After a brief period in America, Hazlitt spent the greater part of his childhood in Wem, Shropshire. From 1793, Hazlitt was educated at the Unitarian New College at Hackney, then studied art and tried to earn a living as a portrait painter (his older brother John was a celebrated miniaturist). He was also keenly interested in philosophy and published his first book, An Essay on the Principles of Human Action, in 1805. Hazlitt later became a journalist, political sketch-writer, lecturer, critic, travel writer, and essayist, producing the writing that made him famous, as a result of 'reading books, looking at pictures, going to plays, hearing, thinking, writing on what pleased me best'.

Hazlitt knew (and wrote about) many of the other major literary figures of the Romantic period in Britain. However, unlike his contemporaries William Wordsworth, Samuel Taylor Coleridge, and Robert Southey, he remained an unapologetic and lifelong political radical, and this led to quarrels with many of his friends, though his deep friendship with Charles Lamb and Leigh Hunt endured. Hazlitt died in 1830 in Frith Street, Soho, and is buried in St. Anne's Churchyard nearby. 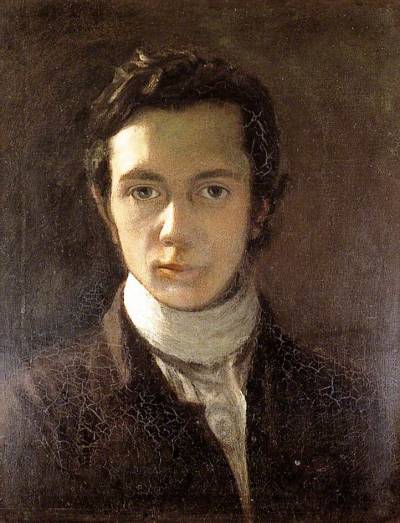