The following are just a few examples of the cross-disciplinary work that GCCU has supported and facilitated - highlighting the impact the work has had in the world.

Amid the turmoil of Brexit, GCCU supported researchers from across UCL to undertake a survey asking over 5,000 representative UK voters to rank four Brexit outcomes in order of preference. The survey (with fieldwork conducted by YouGov) was carried out in March 2019 by Professor Christina Pagel (UCL Mathematics) and data analyst Christabel Cooper in collaboration with Dr Uta Staiger of the UCL European Institute. The work looked at how Brexit attitudes have changed since the referendum in 2016, particularly among those who are struggling with their own finances. The research attracted significant media coverage with articles in The Times, HuffPost, and Politics (full details of coverage here). In addition, Owen Smith, Labour MP for Pontypridd, cited the survey's findings in an opinion piece in The Guardian. Find out more. 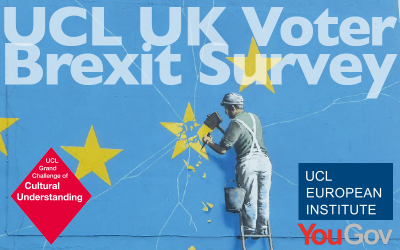 Kick-started by a GCCU small grant, UCL BiLingo is a UCL-based Bilingualism/Multilingualism Education and Information Service that provides the community and key agencies with up-to-date research-based advice, information, support and training on childhood bilingualism/multilingualism and learning English as an Additional Language. The project built collaborations between disciplines, undertaken public engagement work with parents and teachers setting up with parents’ networks with schools, local authorities and speech and language therapists, and has led to the award of a major grant of £305,000 from the Leverhulme Trust to examine the effects of early childhood bilingualism on the brain function and brain structure. Find out more.

Funding from the Grand Challenge of Cultural Understanding helped UCL health researchers hold a workshop on forced marriage. The workshop set the scene and explored some of the key questions about forced marriage in regards to culture and honour, the law and police, education and health services. Thanks to work started by the workshop, as part of the core curriculum UCL medical students now receive lectures on gender-based violence and training to recognise the signs of forced marriage forced marriage, as was featured on BBC News. Seminars have also been set up, with the aim of raising awareness of forced marriage and encouraging dialogue on this difficult and misunderstood practice. Find out more.

Globalisation has long presented both challenges and opportunities to societies, communities and economies around the world with the increased flow of peoples across national boundaries, the free movement of capital, and the exponential growth of global communication technologies. GCCU's Dyamics of Globalisation initiative supported seven projects aimed at facilitating cross-disciplinary discussion and scholarship to shed light on how the processes of globalisation interact, and on how we may improve our ability to live with difference in meaningful and sustainable ways. Find out more and read details of the impacts the projects have had.

Through a series of five events, Professor Stephen Hart, UCL Spanish, Portuguese & Latin American Studies, expanded horizons in current thinking about translations. The series - organised with the Cervantes Institute and Poet in the City - included a focus on the mechanics of translation and an examination of how ideas are translated across cultures. The events and subsequent discussions led to a first translation into English of a contemporary Peruvian novel, Cesar Vallejo's Season in Hell; the creation of two films about two French poets, Paul Verlaine and Arthur Rimbaud: a documentary (No. 8 New College Street) and a drama, House of Knives; and selected papers of the "Gained in Translation" conference were selected in a book accepted for publication by Cambridge Scholars. Following the project, Professor Hart was awarded a Leverhulme Trust Senior Research Fellowship, worth £97,155, from October 2015 - September 2017.

Lancet Commission on Culture and Health

The Lancet Commission on Culture and Health brought together researchers from around the world to publish influential research on the important role of less well-studied health determinants, such as culture, play and the provisioning of equitable healthcare. It was led by UCL researchers brought together through UCL Grand Challenges. Read the Lancet Commission final report.