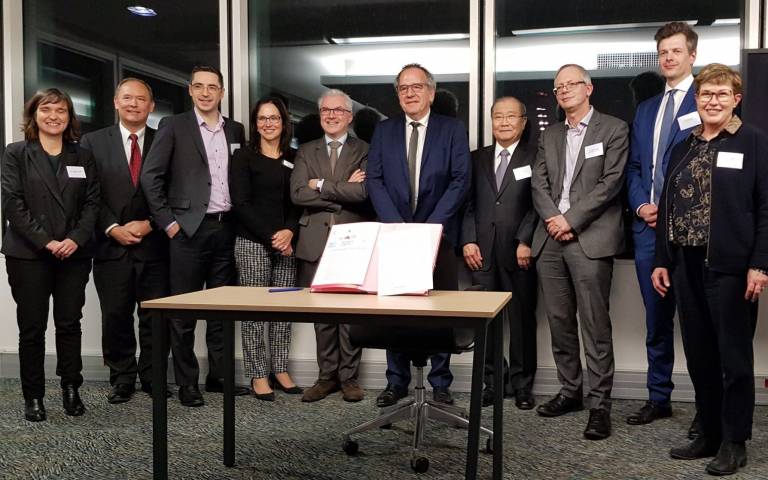 On 27 January 2020, the Sorbonne Declaration on research data rights was launched at the international Research Data Rights Summit in Paris. UCL was one of three organising universities, along with Sorbonne University and the University of Amsterdam.

The Sorbonne Declaration sets out the need and benefits of having research data, as well as publications, open by default wherever possible. It calls on research funding agencies to see the full costs of research data management as eligible for reimbursement. It also calls on national legal jurisdictions to create a legislative framework that supports openness and sharing.

As one of the organising universities and principal promoters of the Sorbonne Declaration, UCL continues to be a leader in advocating for Open Science and Scholarship practices. In subscribing to these practices, which maximise the potential of research and education by encouraging data sharing and re-use, universities are better able to unite against the global challenges facing societies.

Dr Paul Ayris, Pro-Vice-Provost (UCL Library Services) and co-chair of LERU, pointed to the current worldwide concern over the coronavirus to illustrate the importance of Open Science.

“The sharing of research data can only help lead us faster to finding effective treatments,” he said. “The Sorbonne Declaration is therefore set against the background of the growing importance of research data as a key scholarly output, which can benefit society and address the global challenges which face humankind.”