Event: Global Public Policy and the Role of Experts 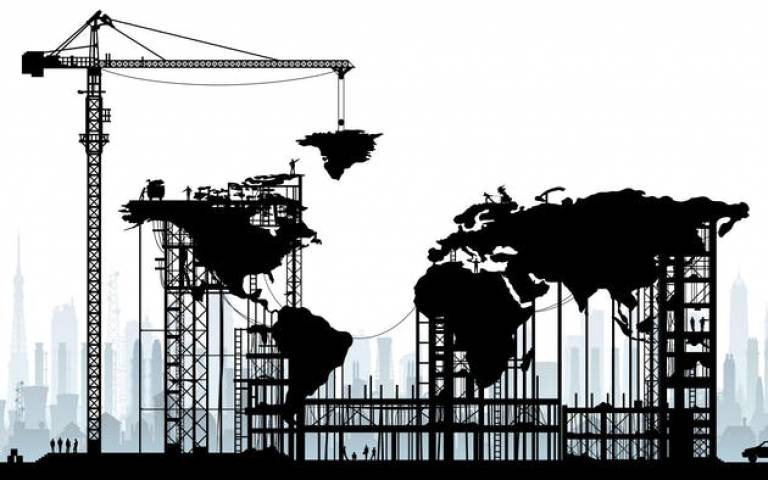 On 13 June, the UCL Global Governance Institute will host a free panel discussion on global public policy and the role of experts in the age of ‘fake news’, featuring speakers from across UCL’s academic community.

The hour-long panel discussion, chaired by David Coen, Director of the UCL Global Governance Institute, will reflect on the role of researchers and experts in spurring global public policy innovation.

While the influence of researchers and experts is arguably growing, as global policy-making mechanisms become ever more complex, discussions will address the rising tide of resentment evidenced clearly by the UK Brexit debate in 2016, when politicians declared that “people in this country have had enough of experts”.

Taking place in Bloomsbury’s Gordon Square, panellists at the event are set to include Wendy Carlin, Professor of Economics at UCL and Research Fellow of the Centre for Economic Policy Research (CEPR) and Sarah Hawkes, Professor of Global Public Health at the UCL Institute for Global Health.

Together they will consider how, in the face of growing suspicion of scientific evidence, researchers can play a role in formulating evidence-based global public policies that also enjoy legitimacy and broad-based public support.

The discussion will also take in the challenge of communicating research to policy-makers and the wider public in an age of ‘fake news’ and ‘alternative facts’, along with how academic debates can better reflect the voices of those on the receiving end of global public policies.

This event has been organised by the UCL Global Governance Institute in collaboration with the UCL Global Engagement Office (GEO) and UCL Public Policy/ Office of the UCL Vice-Provost (Research).

You can register for a free ticket now at the official event page.

Panel members will include:

Wendy Carlin is Professor of Economics at UCL and Research Fellow of the Centre for Economic Policy Research (CEPR). Her research focuses on macroeconomics, institutions and economic performance, and the economics of transition. She is a member of the Expert Advisory Panel of the UK’s Office for Budget Responsibility and has acted as a consultant for international organisations such as the World Bank. She is leading an international project – the CORE project – to reform the undergraduate economics curriculum.

Sarah Hawkes is Professor of Global Public Health at the UCL Institute for Global Health where she leads a research theme analysing the use of evidence in policy processes, particularly in relation to gender and health, and sexual health. She has lived and worked for much of the past 20 years in Asia, where she has gathered evidence, built capacity and helped develop policy for programmes focusing on gender, sexual health and human rights. She also leads the UCL Centre for Gender and Global Health.

Uta Staiger is the co-founder and Executive Director of the UCL European Institute. Since 2010, she has led the Institute in its mission to both create and curate opportunities for research on Europe. She has been actively involved in driving UCL’s policy engagement on EU and European matters, including relationships with key stakeholders. In June 2017, she was appointed as UCL's Pro-Vice-Provost (Europe), a strategic role shaping UCL's engagement with Europe.